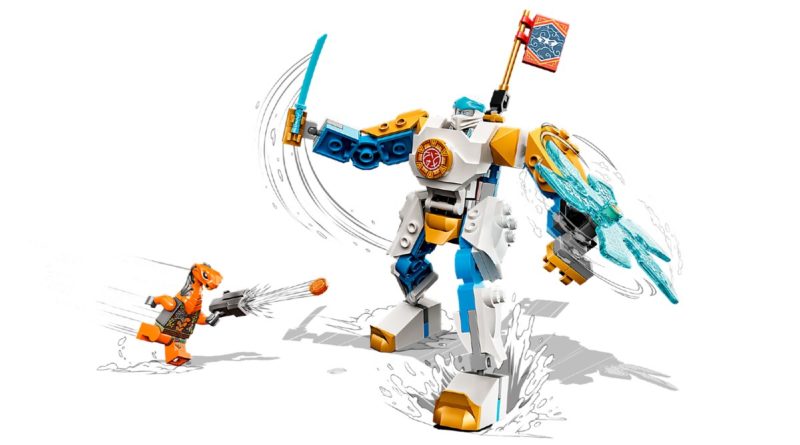 Take a peek behind the scenes of LEGO NINJAGO set development for 2022 with an original concept pitch video released by LEGO designers.

In a recent thread explaining the idea behind NINJAGO’s first 2022 wave, which was designed to represent the theme’s classic identity, LEGO NINJAGO designer Niek van Slagmaat has shared a link on Twitter to a concept pitch video made to showcase the mech upgrades before they were developed into the officially revealed sets.

Nick Vás joins the designer in the video, which is mentioned to have been animated entirely in Microsoft PowerPoint. Kai and Lloyd star in the video, both in their respective mechs, the final versions of which can be found in 71767 Ninja Dojo Temple and 71757 Lloyd’s Ninja Mech. Notably, the latter uses the new SCCBS system in the concept, which is only partially the case in the model.

The story of the pitch involves mech-riding skeletons invading NINJAGO city, though in the final wave snakes can be seen using technology to fight the ninjas instead.

While we’re not sure if the duo will win any awards for the animation, the effort they put into is clear and offers a peek into what goes through the mind of LEGO designers when making future sets.

You can take a look at every LEGO NINJAGO model launching on January 1, 2022, in our initial report with the range including the most iconic elements of the theme – mechs, temples, dragons and cars.