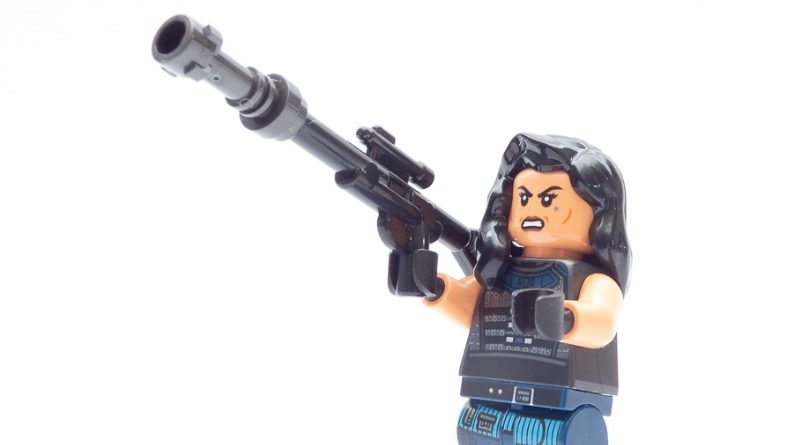 Hasbro has reportedly cancelled production of its Cara Dune action figures after Lucasfilm severed ties with Gina Carano, suggesting we may not see any more LEGO minifigures of the character any time soon.

A spokesperson for BigBadToyStore told The Hollywood Reporter that the retailer has been forced to cancel pre-orders for Hasbro’s Star Wars The Black Series Cara Dune figure – despite plans for another production run.

The decision apparently came from above Hasbro, as the same spokesperson claims the toy manufacturer has been blocked from producing the figure. If that is the case, it could mean that the LEGO Group is facing the same directive from Disney.

Lucasfilm confirmed last week that Carano will not appear in future seasons of The Mandalorian or any Star Wars spin-off projects, branding her anti-non-binary, transphobic and antisemitic social media posts as ‘abhorrent and unacceptable’.

So far, her character of Cara Dune has only appeared in a single LEGO set: 2019’s 75254 AT-ST Raider. And based on Hasbro’s course of action, that might be the only time we see her in minifigure form. The Hollywood Reporter also claims that the character will eventually be recast, however, which could open the door for more Cara Dune merchandise in future.

We’ve reached out to the LEGO Group for comment. In the meantime, it’s worth noting that due to the long lead times on LEGO sets, Cara Dune may yet pop up this summer – at least if any products based on The Mandalorian Season 2 are already in the works.

Update, Feb 18: The LEGO Group has declined to comment at this time.