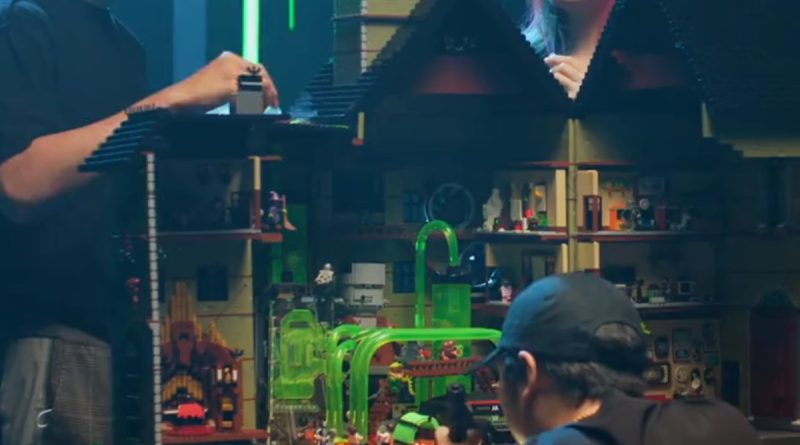 The worlds of LEGO and customised gaming PCs have collided for what might be the first time officially. Suddenly revealed across social media by the LEGO Group is a custom haunted mansion gaming PC, but this isn’t just a shell for a functioning PC as the parts have been integrated into the model.

From a spider suspended in a vat, used to cool the gaming PC, to a LEGO display on a statistics screen and even a giant Frankenstein’s Monster minifigure holding tubes, it’s an impressive sight and looking at the parts used, a powerful build too.

On the monitor, the PC appears to be playing LEGO Brawls, which just so happens to have a special Halloween event at the time of writing.

Don’t go thinking that this is something that you’ll be able to purchase as the video makes it clear that this is a one-off creation. For now, we can only hope that official LEGO shells for gaming PCs will be sold officially, one day, though the costs might be a bit high with the combined price of LEGO and PC parts.