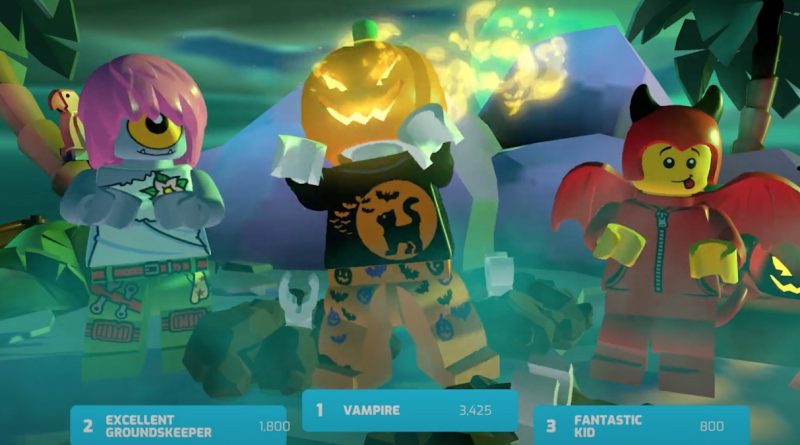 The LEGO Brawls video game has received its first seasonal update, with spooky new content added to the multiplayer scrapper.

Following an awkward transition to consoles, LEGO Brawls has received its first themed content update. With Halloween on the horizon, the video game now features a limited time selection of ghoulish characters, decorations and collectables just waiting to be unlocked.

Previously an Apple Arcade exclusive title, LEGO Brawls appeared on a number of console platforms on September 2, although the game failed to make an impact with many critics. However, the target audience for the 2.5D fighting title is kids and its family-friendly visuals, simple gameplay and trillions of potential customisable character options should certainly appeal to younger players.

The free Brick-or-Treat update is available now and adds a new game mode to LEGO Brawls, with spooky levels, a different way to fight and a challenge to see which team can be first to collect 50 candies. In addition, there are Halloween-themed minifigures for players to unlock and add to their collections, as well as plenty of ghoulish goodies.

If fighting games aren’t your thing, then LEGO Star Wars: The Skywalker Saga Galactic Edition will be launching on November 1, with six new character packs adding familiar playable faces from such Disney+ TV series as Andor, Obi-Wan Kenobi, and The Clone Wars.