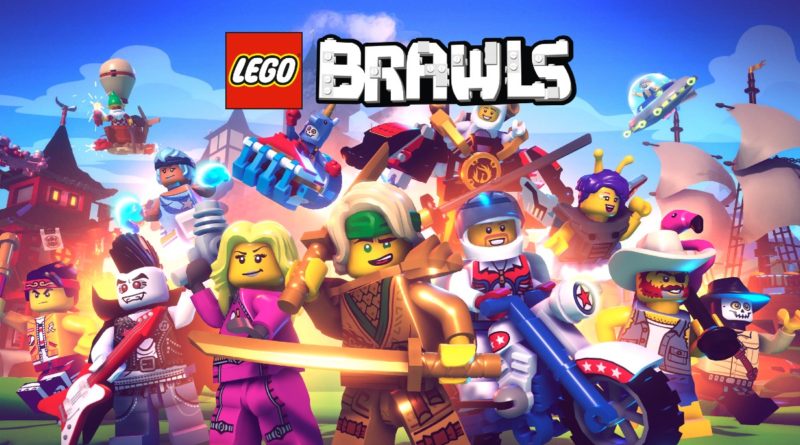 Fighting game LEGO Brawls has finally arrived on console, but its release hasn’t gone down well with game critics.

LEGO Brawls is a 2.5D fighting game, which allows players to do battle in a variety of brick-based environments. The game offers a few different modes and a high degree of customisation, with unlockable characters offering some replay value. Indeed, a recent trailer for the console release has promised several trillion characters.

While the game has been available for some time on Apple devices, it’s only recently made its way to games consoles (like the Xbox Series X/S and Nintendo Switch). Over the last few days, a few critics have had their say about the console release – and the consensus isn’t good.

“It’s hard to see anyone, beyond very young kids, getting a lot of time out of what’s on offer here”, said Nintendo Life’s PJ O’Reilly. “There may be an absolute ton of minifigures, costumes, and other bits and pieces to unlock as you play and earn studs… but in terms of the actual brawls, well, it’s a very shallow and disappointing experience that quickly becomes a repetitive button-mashing bore.”

The character customisation may also have proved to be something of a red herring. While there’s plenty of ways to reskin your characters, doing so doesn’t actually change their abilities – making extended play a touch pointless.

“It’s just a bit silly that characters have nothing really to differentiate them apart from their looks”, said Gamespew’s Richard Seagrave of the PS5 version. “Whether they’re equipped with boxing gloves or a spear, for example, they still have the same attack range and power. On the one hand it keeps things fair, but ultimately it leads to gameplay that lacks depth and nuance.”

While the game hasn’t materially changed in its shift to console, it seems that same shift has helped to expose the game’s weaknesses. Some of these are visual: the arenas you play in appear underwhelming, with jagged edges to contend with even on powerful hardware. Some performance issues have also been noted on the Switch version.

A greater issue may be that the game is very expensive on console. On Nintendo Switch, for instance, you can expect to pay £35.99 / $39.99 for the privilege. That’s a tough price to justify, particularly when – as part of the Apple Arcade subscription service – the game’s upfront cost was initially much lower.

The game has fared a little better critically on Steam (although issues like price and simplistic gameplay are still mentioned, even in positive reviews). The title seems to have exposed a crucial fact: mobile and console audiences have very different expectations of their games. You can’t jump from one to the other if you’re too focussed on a mobile audience in your broader game design.

That said, LEGO Brawls seems to be a rare exception in this regard. Our own review of LEGO Builder’s Journey found the game to be a solid console release – and the upcoming LEGO Bricktales seems similarly engaging.

If LEGO Brawls still interests you, we suggest taking a leaf out of your LEGO buying habits – and waiting for a discount.