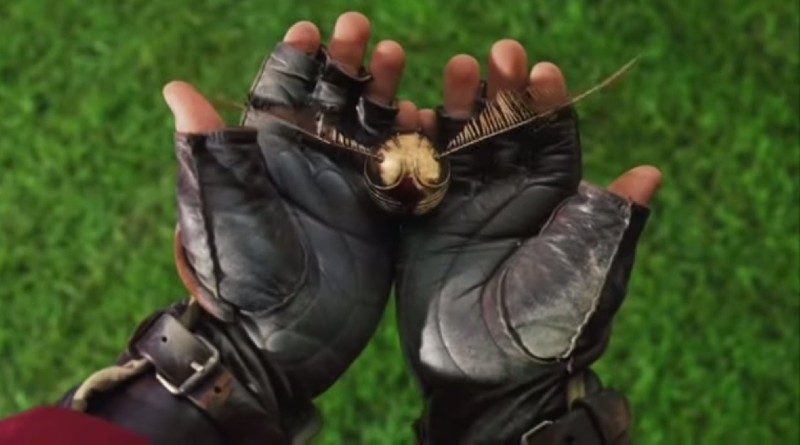 A rumoured Harry Potter set may be bringing some of Hogwarts’ most magical items to life in LEGO bricks, but which relics could be chosen for the transformation?

A LEGO Harry Potter direct-to-consumer exclusive set is rumoured to be 76391 Hogwarts Icons Collection and is reportedly said to include a few items from the Wizarding World, but this alleged name suggests that they may only be from the popular magic school itself.

With hundreds upon thousands of props and equipment stored in Hogwarts, we’ve put together a few arcane objects that stand a chance of being recreated in LEGO bricks. Remember though, this supposed set is only a rumour until the LEGO Group makes an official announcement.

A shining emblem of Quidditch could be the perfect subject for a brick-built model and in fact, it already has been. While the promotional build left something to be desired, one included in a set with a rumoured price tag of $249.99 could be a much more faithful interpretation.

The LEGO Group has been reintroducing drum lacquered gold bricks back into its catalogue with sets such as 80012 Monkey King Warrior Mech and there’s nothing quite as perfect to capture the gleam of the Golden Snitch.

As the primary determiner for which of the four houses new students at Hogwarts are sorted into, few objects are tied quite as close to the school as the sorting hat. This sentient piece of headwear can read your desires, dreams and more to decide where exactly you belong.

The sorting hat may already have its own dedicated LEGO brick, but an upscaled version could excellently capture the folds and creases that form the face. Unfortunately, we doubt the LEGO designers could work enough magic to allow it to determine your educational fate.

The Mirror Of Erised

As one of the most dangerous artefacts brought into Hogwarts for safekeeping, the Mirror of Erised was created to show your deepest and truest desires with an ornate frame placed around a seemingly normal mirror.

A LEGO recreation of this item might struggle to show a reflection even with the shiniest bricks, so another option for the centre could be a mosaic recreation of what Harry saw – his parents standing happily beside him. Such a build would call back to one of the most memorable scenes in the franchise while including unique techniques within the detailed frame.

The Goblet of Fire

The origins of the Goblet of Fire are somewhat unknown. It first appeared for use in the Triwizard Tournament in 1994 with many unfamiliar as to its function, which was to decide who would fight for their school in the event. It was only ever seen in use at Hogwarts but was so influential it was chosen as the namesake for the book and movie.

A LEGO build of the Goblet of Fire might not be exactly to scale, but could offer some opportunity for the LEGO designers to experiment with brick-built blue flames, and maybe even some burned paper designs featuring the names of the potential entrants in the tournament. There could even be a cheeky reference to the Goblet being an 18+ build, tying in with the magical age line from the movie.

The Sword of Gryffindor

Few objects are tied quite as closely to Hogwarts School of Witchcraft and Wizardry as Godric Gryffindor’s legendary blade. This object saw a fair amount of use in the Harry Potter franchise, from when it first appeared in the Sorting Hat to its final appearance alongside a brave Neville Longbottom.

This too has a LEGO piece made specifically for it and it could be used for detailing a larger version. The brick-built blade could be a chance for the LEGO designers to introduce more drum lacquered silver elements with an amount potentially rivalling that of 10283 NASA Space Shuttle Discovery.