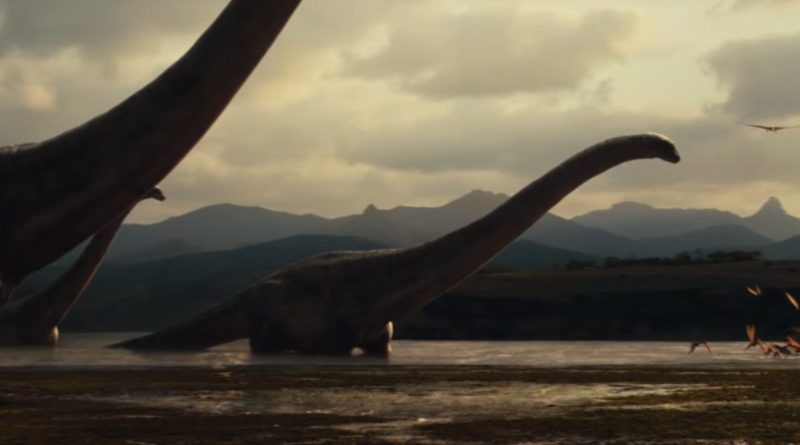 The first five minutes of Jurassic World Dominion have been released, offering a look at which dinosaurs might be next for the LEGO theme in 2022.

A preview for Jurassic World: Dominion is available to watch now, detailing the prologue for the film over five minutes and spanning two eras from ancient ages to the modern day. With a variety of dinosaurs featured in the trailer, which ones could pop up in LEGO Jurassic World, if any, in 2022?

At least eight species of dinosaurs were featured in the first look for Jurassic World: Dominion, with peaceful, and less peaceful, segments including a long-necked creature that could be a Mamenchisaurus judging by the long neck and lack of bump on the head as well as at least two species of flying reptiles. The LEGO Group have only made a specialised piece for the latter of the two with bricks for a Pterodanodon recently appearing in 75940 Gallimimus and Pteranodon Breakout.

Later a herd of Triceratops pass by with infant and fully-grown beasts splashing around and swimming as they cross a river. These last featured in 75937 Triceratops Rampage and the baby in 76940 T. rex Dinosaur Fossil Exhibition. Any dinosaurs with existing elements may be more likely to appear in future sets, such as the Ankylosaurus drinking from the water and appearing in 75941 Indominus Rex vs. Ankylosaurus.

A small feathered beast can be seen picking at an egg which could be easily represented through the use of the smaller dinosaur element that featured in 76942 Baryonyx Dinosaur Boat Escape. Following that, a Maiasaura can be seen eating grass only to be interrupted by a waking Giganotosaurus. Both do not have dedicated pieces, though the latter could reuse the Indominous Rex mould judging by the appearance in the prologue.

As the last dinosaur to appear in the video, the T-Rex that stumbles upon the drive-in theatre is a likely species for LEGO Jurassic World in 2022 with the corresponding element used frequently throughout the theme, though only appeared as a skeleton in 2021 in 76940 T. rex Dinosaur Fossil Exhibition.

Only two minifigures for LEGO Jurassic World have been listed as launching in 2022, though a further eight sets could be coming with six rumoured to be based on Jurassic World: Dominion, which currently has a release date of June 10, 2022.