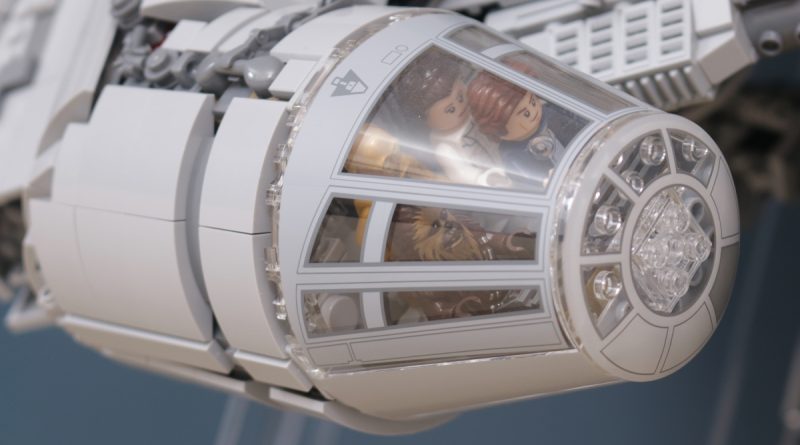 LEGO Star Wars 75192 Millennium Falcon has been on shelves for five years now, and is showing no signs of going anywhere – but how likely is it to retire within the next five years?

The biggest LEGO Star Wars set to date (by piece count) first flew into LEGO Stores on September 14, 2017 for VIP members, and October 1, 2017 for everyone else, and at the time was only predicted to hang around for a few years. Indeed, at one point it was scheduled to retire by the end of 2020, which is a relatively normal shelf life for any Ultimate Collector Series set.

But then the LEGO Group pushed its planned retirement back by two years, to the end of 2022, and all those collectors who had yet to save up for the mammoth model breathed a sigh of relief. Don’t worry if you now count yourself among those hoping to one day claim the 7,541-piece set for your own, though: its retirement party has since been postponed again, and it’s now scheduled to stay on shelves until the end of 2024.

That’s a minimum of seven years in production, which means 75192 Millennium Falcon is rapidly approaching the extended shelf life of 10220 Volkswagen T1 Camper Van. That Creator Expert vehicle managed an incredible nine years in production in total, from 2011 through to 2020, which is one of the longest shelf lives for a single set in recent memory. The question now is: could the UCS Falcon surpass even that record?

Well, it just might: even five years on, its design absolutely holds up, and the same could easily be true another five years from now. Beyond minor adjustments (such as an even more involved interior), it’s incredibly difficult to find ways to improve on the freighter without turning to third-party solutions like lights and motors. This really is peak Falcon, and is unlikely to be bettered by a third version any time soon. So why not have it in production permanently?

It’s the dream set for many, will only keep finding new fans as the LEGO Group expands its adult audience, and is arguably still the ultimate LEGO Star Wars set – even with builds like 75252 Imperial Star Destroyer and 75313 AT-AT filling the same price bracket – as evidenced by the UCS Star Destroyer’s imminent retirement. 75192 Millennium Falcon is outlasting its successors, and there’s surely no clearer sign that the LEGO Group intends to keep it around in perpetuity.

If any one LEGO Star Wars set deserves to be around forever, it’s 75192 Millennium Falcon.

Check out all our celebrations of the Falcon’s fifth anniversary by clicking here, and consider supporting the work that Brick Fanatics does by purchasing your copy – if you haven’t already – using our affiliate links. Thank you!