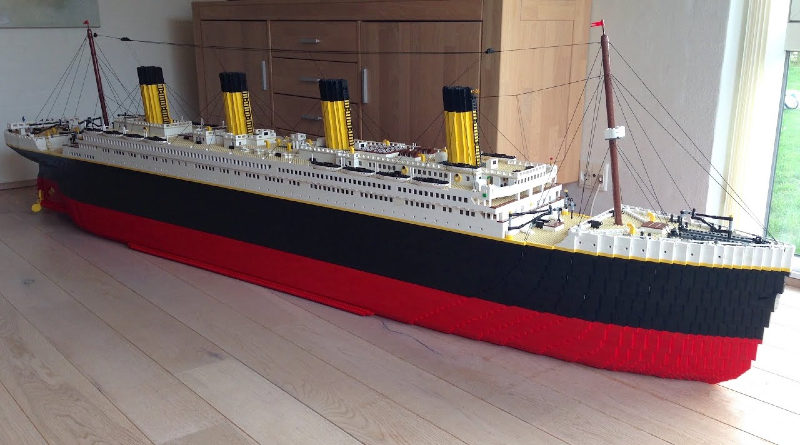 Could a rumoured LEGO Titanic be the largest set of all time? With an allegedly enormous price, that task might not be all that difficult for the supposed model.

No matter which way you look at it, the rumoured price tag of $629.99 for 10294, which is said to be a build of the iconic ship and not a world building, is huge, potentially putting it at the third most expensive LEGO set of all time behind 75192 Millennium Falcon and 75252 Imperial Star Destroyer which are priced at $799.99 and $699.99 respectively.

Whilst none of the rumoured information, including the existence of the set at all, has been confirmed by the LEGO Group we can’t help but wonder if this alleged model could overtake 31203 World Map as the largest LEGO set of all time.

Although the rumoured cost is reportedly lower than both of the Star Wars builds, a model of the Titanic would be able to avoid any hefty licensing fees from Disney, but admittedly there may be some to pay tribute to the iconic vessel.

Assuming we can treat the supposed set as a Creator Expert model and it can mostly avoid larger licensing fees, a price tag of $629.99 should be more than enough to overtake 10276 Colosseum and 31203 World Map, even with the latter mostly using 1×1 elements.

Whilst we wait for confirmation or an announcement of the rumoured model it seems likely that, should it true, it will be the largest LEGO set of all time and truly live up to the name of Titanic.

One thought on “Will the rumoured LEGO Titanic be the largest LEGO set of all time?”