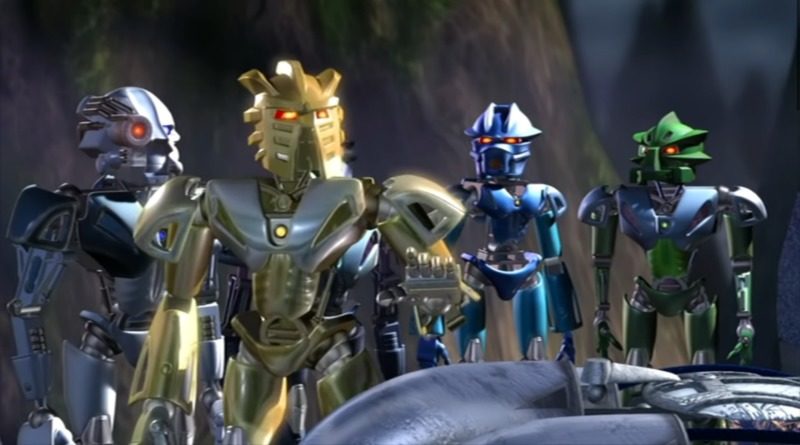 If you’ve got 75 minutes to spare, you might want to grab some popcorn and fire up YouTube, where you can now watch the original BIONICLE movie in glorious high-definition.

BIONICLE: The Mask of Light launched straight to VHS and DVD in 2003, and achieved such memorable accolades as ranking in second place on Amazon’s VHS best-seller list (just behind The Lord of the Rings: The Two Towers, if you’re curious).

For reasons known only to Buena Vista Home Entertainment (the original distributor, and now better known as Walt Disney Studios Home Entertainment), the first ever LEGO movie has never enjoyed a Blu-ray release. That means the only way we’ve been able to watch it is in miserable 480p.

But no more: the BIONICLE Animations Archive has remastered the classic adaptation of the 2003 BIONICLE storyline in 1080p and uploaded the results to YouTube. If you’ve ever wanted to see your childhood in high-definition, this is basically it.

The CGI isn’t quite up to the standards of The LEGO Movie, but then it was done more than a decade earlier, on a budget roughly 12 times smaller than Phil Lord and Chris Miller’s film enjoyed – and with that in mind, it really isn’t that bad. The HD remastering definitely helps, but it’s perfectly watchable.

It’s technically not the first time the HD version of BIONICLE: The Mask of Light has been available, as it popped up on Netflix for a while back in the early 2010s. But it is your only avenue to watch it at 1080p right now, with your only other options being DVD or VHS. (If you do fancy going fully retro, you can pick up either of those versions through Amazon.)

The fervour around BIONICLE has reached critical mass in the current LEGO Ideas 90th anniversary fan vote, so there are clearly plenty of constraction fans out there aching for more from this classic theme. But while we wait to see whether the LEGO Group selects it for next year’s celebratory set, you can get an instant nostalgia fix by hitting play on the video above. There are worse ways to spend your lunch break…