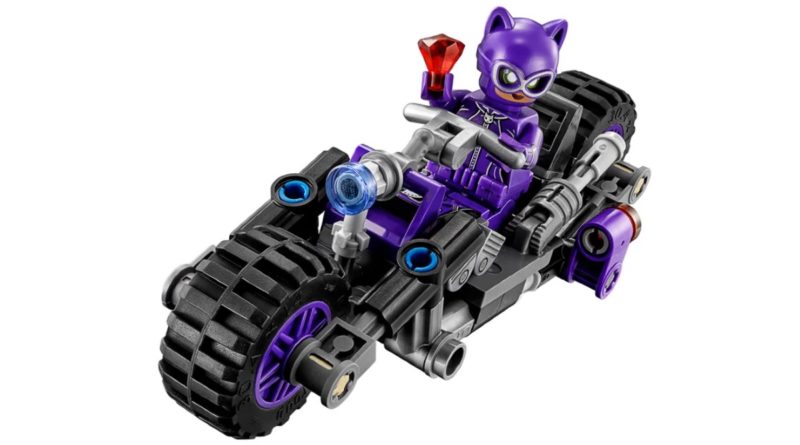 The Selina Kyle minifigure that can be found in two of the new LEGO The Batman sets isn’t actor Zoë Kravitz’ first minifigure of Catwoman.

As part of the recently revealed models based on the upcoming The Batman film, Selina Kyle will be getting another minifigure, this time portraying her without the thieving Catwoman persona and depicting Zoë Kravitz’ version of the character in accordance with the movie.

However, the minifigure in 76179 Batman & Selina Kyle Motorcycle Pursuit isn’t the first for the actor and not even the debut minifigure of her as Selina Kyle. Zoë Kravitz lent her talents to a minifigure version of Catwoman in 2017 as part of The LEGO Batman Movie, appearing in 70902 Catwoman Catcycle Chase respectively.

When comparing the two minifigures, the former iteration is undoubtedly more colourful whilst the latter is more realistic and without any feline aspects, unlike the former. The LEGO Batman Movie minifigure also shows Catwoman with her iconic whip, which is missing from the upcoming set.

The tool is replaced with a chain in both 76179 Batman & Selina Kyle Motorcycle Pursuit and 76183 Batcave: The Riddler Face-off, potentially suggesting a plot point to be seen in the 2022 film.

The newer minifigure in 76179 Batman & Selina Kyle Motorcycle Pursuit immediately doubles Zoë Kravitz LEGO representation and will be available alongside the other three sets, more information on which can be found here, starting January 1 2022 – with pre-orders confirming an early release in the US.