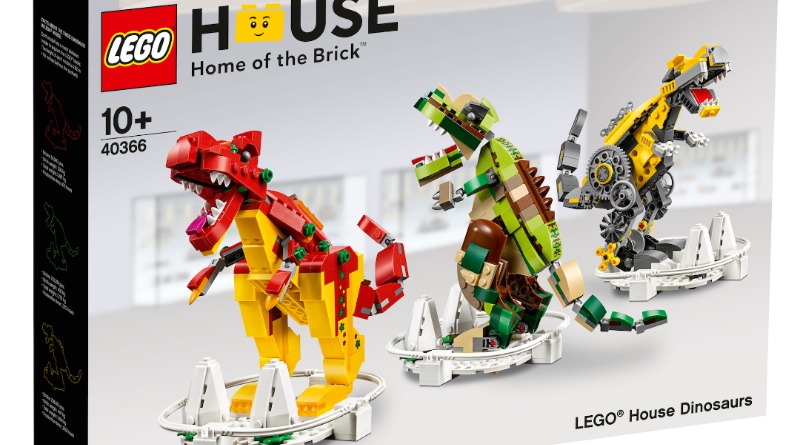 Just as Brick Fanatics predicted yesterday – although it wasn’t the trickiest teaser breakdown of all time – the next LEGO House exclusive set is a mini rendition of the three dinosaurs in the Masterpiece Gallery. 40366 LEGO House Dinosaurs joins the ranks of 21037 LEGO House and 4000026 LEGO House Tree of Creativity as sets you’ll only be able to pick up in Billund.

The full-size dinos are constructed around internal metal skeletons, each using one of the LEGO Group’s building systems: DUPLO, System and Technic. The versions included in 40366 are all built using predominantly System bricks, but still capture the likenesses of their larger counterparts well – particularly the Technic version.

”One of the biggest challenges with the new model has been to capture all the details from the big models,” said the set’s designer, Nina Koopman. “Especially since the models in Masterpiece Gallery were all built of the three different building systems LEGO DUPLO, LEGO Technic and LEGO System. You see it especially with the yellow dino where we e.g. have used gear wheels, and ventilator elements to get the “Technic feel” into the product.

“The aim was to make a stunning product and at the same time, we have worked with integrating moveable parts in the heads, arms and legs to enhance the play experience. Also the construction of the three models has deliberately been made different from each other in order to create three different building experiences, and you can remove the dinos from their podium.”

40366 has been in development for around a year, and will be available to buy in the LEGO House from April 17 for 599 DKK, with a limit of three per person.