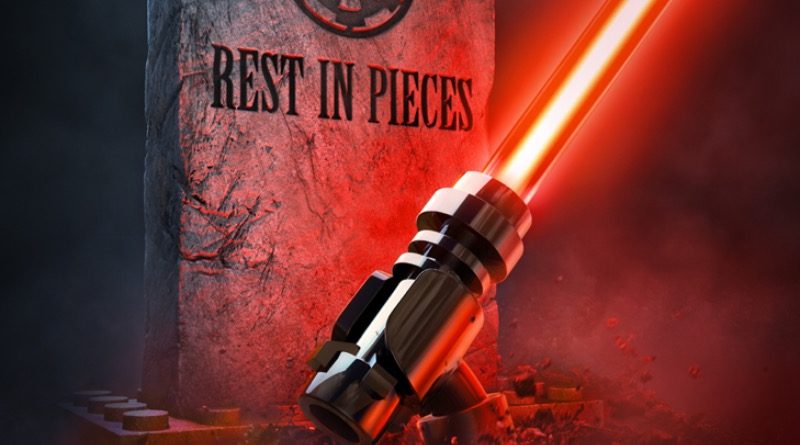 The one-off adventure looks to follow on from last year’s LEGO Star Wars Holiday Special in style, if not content. While details are thin on the ground at the moment, expect the same kind of humour and self-awareness that the Christmas-themed caper brought to the Star Wars universe in 2020.

We also don’t have much to go on as far as the story or characters are concerned, but the official Star Wars Twitter account has revealed a spooky poster for the special, featuring a lightsaber-wielding arm bursting out of a grave marked ‘rest in pieces’. Given the standard saber hilt and black arm, it’s safe to assume that’s Darth Vader rising from the dead.

It’s a pretty sinister poster for the LEGO Star Wars theme, but the final special will likely hew closer towards the light-hearted laughs that previous animated series and one-offs have gunned for. Keep an eye on Brick Fanatics for more on LEGO Star Wars Terrifying Tales – including the first trailer – in the months to come.