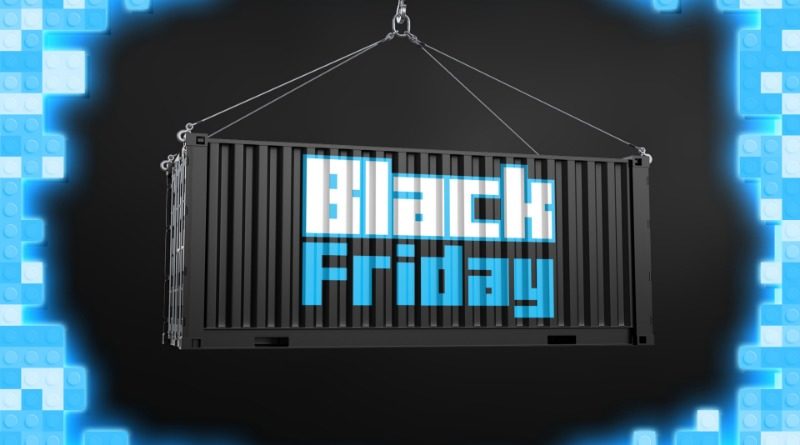 Black Friday will be here sooner than we know it – so can we expect to see any LEGO Star Wars deals this year?

It’s nearly that time of year again. Black Friday is always highly anticipated within the world of LEGO, as exciting deals and offers get us hot under the collar even in freezing November. From discounts to VIP points, Black Friday is the perfect time to boost your LEGO Star Wars collection. So, when is Black Friday in 2021, and what can we expect from it?

This year, Black Friday is Friday, November 26. The best Black Friday LEGO offers usually continue through to Cyber Monday, which is on November 29 this time around. No doubt there’ll be plenty more information to come as the magical weekend of savings quickly bears down on us.

We’ve seen lots of brilliant Black Friday LEGO deals over the years, including last year’s chance to win 1,000,000 VIP points. An incredible opportunity to secure an astonishing number of points that can be exchanged to buy LEGO sets with, we’re hoping there’ll be a similar competition held in 2021.

Some of the best LEGO Black Friday deals last year included 20% discounts on a selection of sets, while orders of £150 / $150 or more received a free 40410 Charles Dickens Tribute, worth £20.99 / $22.99. From Marvel and Minecraft sets to Minifigures, Technic and LEGO Star Wars, there’s always something for everyone on offer. We’ve got our fingers crossed for 75252 Imperial Star Destroyer and 75192 Millennium Falcon, the two most expensive LEGO Star Wars sets currently available.

It’s an exciting time for LEGO Star Wars, an incredibly popular series ranging from quick and easy builds to complex LEGO for Adults and Ultimate Collector Series sets, and a number of great new releases have been hitting the shelves recently.

Then there’s the rumoured 75313 AT-AT, which could turn out to be one of the most impressive Star Wars UCS sets ever. With a potential piece count of 6,782, the epic model may even be released on Black Friday, sparking even greater clamour for the hallowed bumper shopping day.

Will there be LEGO Star Wars deals on Black Friday?

At the moment, it’s impossible to say one way or the other, but based on previous years, it seems likely there will be at least one or two LEGO Star Wars sets available on a Black Friday deal. We’ll bring you confirmation as soon as we know, so keep a lookout for which sets you can pick up with a great discount.

In the meantime, don’t forget to sign up to the Brick Fanatics newsletter on the right hand side of this page (or the bottom on mobile) to keep on top of all the latest LEGO news, reviews and features.

One thought on “Will there be any LEGO Star Wars Black Friday deals this year?”