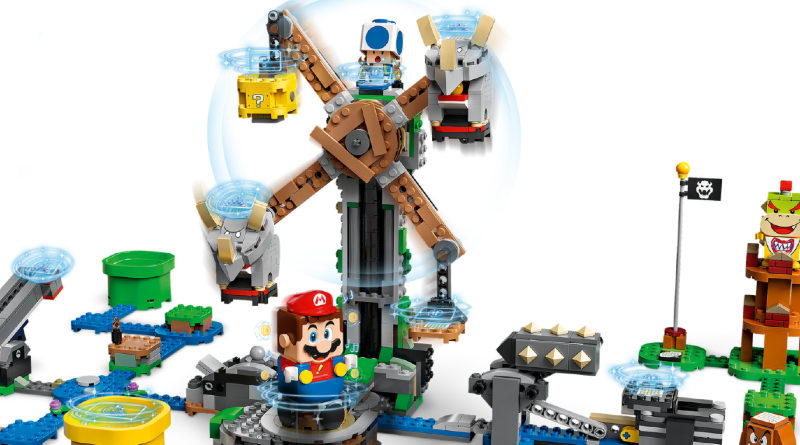 One of the LEGO Super Mario summer sets features a build that is one of the most authentic a model has been to the original games, with an enemy making a rare appearance.

Not only do the Reznors in LEGO Super Mario 71390 Reznor Knockdown Expansion Set look adorably intimidating, but it’s also a rare emergence from the Mushroom Kingdom creatures in a set that references their most common placement.

Hailing from Super Mario World for the SNES in 1990, the Reznor appeared as a mid-boss in a group riding rotating platforms on a wheel made of ramshackle wood. Originally, this wooden tool of mild annoyance also featured the enemies name – just in case you couldn’t tell what they were.

Whilst the LEGO set might not reference the latter of those facts, the build in 71390 Reznor Knockdown Expansion Set is most likely based on their updated iteration from New Super Mario Bros. 2 in 2012 – which can be seen in an official render in the above gallery alongside a screenshot from the original game.

In the model, this is translated using long brown tiles with the platforms separated further apart for the sake of play. The duo of Reznors in the set is also accurate as the enemies would sometimes appear as a pair instead.

It wouldn’t be the first time that LEGO designers have so authentically represented the games as 71367 Mario’s House and Yoshi Expansion set also referenced past title Paper Mario. We reviewed that set if you’d like to see more on it. The summer wave of LEGO Super Mario will release on August 1 but some builders might be able to get their hands on it early.