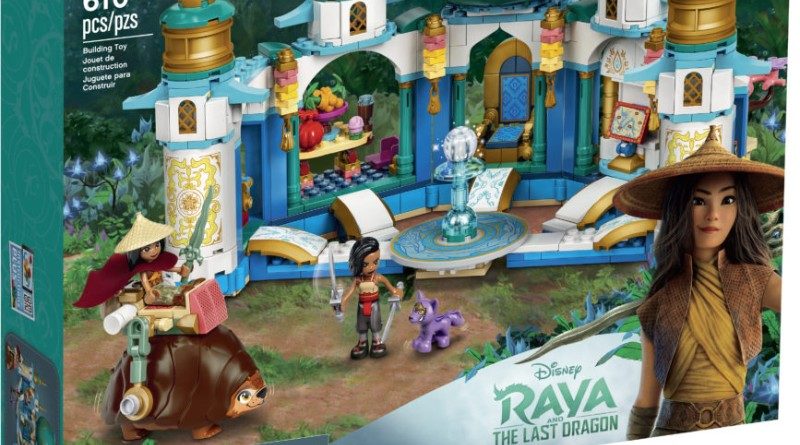 The LEGO Raya and the Last Dragon reveals continue as one fan has now found the sets, reviewing 43181 Raya and the Heart Palace to give us a closer look.

JBBrickFanatic took to YouTube earlier today to show off his latest LEGO review for the unreleased and unannounced 43181 Raya and the Heart Palace. He mentions in a separate video that the set was found at Meijer, much like the VIDIYO sets.

Exploring the set, which is made up of one large palace build, the YouTuber shows all angles of the model including the interior of the domed tower and more. As well as this, the new piece for the Tuk Tuk animal companion is showcased and revealed to be hollow. This new piece represents the companion of Raya who can be seen in Mini-doll form with a new hat and sword element. The other character in the set also includes a new brick for the undercut hairstyle.

The main palace itself features a few rooms including an eating area, fountain courtyard and bedroom, which even has some portraits of the other characters in the movie. This 610-piece set will launch March 1 for $79.99 just in time for Raya and the Last Dragon to launch March 5 on Disney+. Hopefully, more details of these new sets will be made available soon, especially for pricing in different regions.