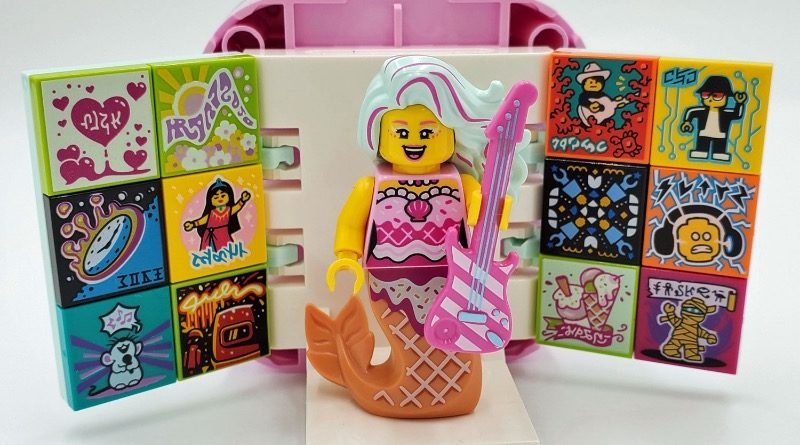 The first LEGO VIDIYO sets have already turned up at Meijer stores in the US, weeks ahead of the theme’s official launch.

Instagram user Erica (@marleylego) has published images of three LEGO VIDIYO ‘beatboxes’, which she says she found at Meijer stores in Columbus, Ohio. The LEGO Group announced its new augmented-reality theme in January, but has yet to reveal any of its products, so this is technically our first glimpse at what to expect from LEGO VIDIYO in March.

Each of the three beatboxes includes a plastic case, a strap, a handful of LEGO elements to decorate the pod (including 12 printed 2×2 tiles) and a unique minifigure. You’ll be able to create TikTok-style music videos by scanning the tiles and minifigures into the corresponding VIDIYO app, which has been created in conjunction with Universal Music Group.

While that partnership will allow for an expansive in-app music library, it apparently hasn’t factored into the physical sets. Rather than minifigures of Marshmello and Mabel, the beatboxes include zany original characters, like a Party Llama, Hip-Hop Robot and Candy Mermaid. Check out all the sets below, including additional images Erica shared with Promobricks.

The set numbers and names for these three sets are 43102 Candy Mermaid Beatbox, 43105 Party Llama Beatbox and 43107 HipHop Robot Beatbox. That leaves plenty of gaps in the line-up for more Beatboxes in the first wave, so expect far more than just these three when the theme does launch next month.

There’s no official word yet on how much they’ll cost in the UK, but they’re expected to retail for €19.99 in Europe. We’ll keep you posted if Erica (or anyone else) manages to find any more LEGO VIDIYO sets in the wild, but if you’ve got a Meijer store nearby, it might be worth checking for yourself.

If you’re still in the dark over what LEGO VIDIYO is all about, here’s everything you need to know about the theme ahead of its March launch. 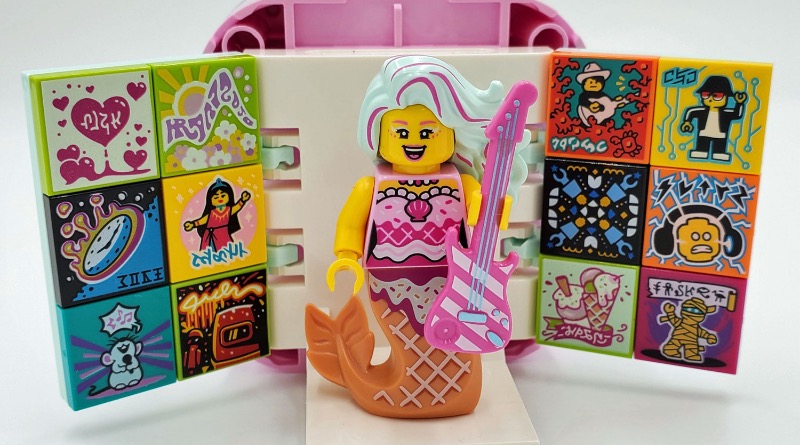