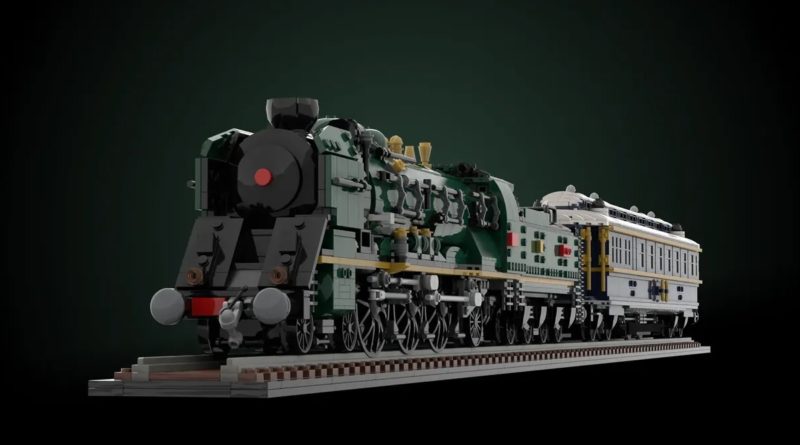 The latest LEGO Ideas review has approved a lavish LEGO train, suggesting this is where new LEGO trains could appear going forward.

After much anticipation, the latest round of LEGO Ideas projects has been announced by the LEGO Group. The confirmed projects are unusually diverse, but the most ambitious of them is Thomas Lajon’s model of the Orient Express. Inspired by trains of the 1930s, this model offers both an impressively detailed steam engine and a luxurious passenger car – as well as a stretch of track to display it on.

The project’s confirmation is perhaps unsurprising when we consider how many trains the LEGO Group has produced before now. At the same time, it suggests that rather than producing them independently, the LEGO Group will look to avenues like LEGO Ideas to produce trains like this going forward.

At first glance that’s an unusual move to make, particularly when we consider that the LEGO Group has released products like this off its own back in the past. A recent example is 10277 Crocodile Locomotive, released in mid-2020; this striking model was based on a Swiss locomotive, and represented something of a departure for LEGO train design.

However, that set enjoyed a relatively short lifespan on store shelves; it officially retired at the end of 2021, suggesting it wasn’t as popular as the LEGO Group might have hoped. From that perspective, the LEGO Ideas site is a useful source of information. It may help the LEGO Group better gauge interest in future LEGO trains, although the Orient Express seems like a very safe bet.

If more trains do emerge in the LEGO Ideas theme, it’ll be interesting to see what attracts the most interest – particularly when there’s so much subject matter to draw from. Flying Scotsman seems like an obvious choice, for instance: the legendary steam engine is currently celebrating its centenary, which seems like an obvious milestone for a LEGO tie-in.

For now, though, we’ll have to make do with the LEGO Ideas Orient Express – which certainly promises to be a runaway success. Since the set won’t appear on store shelves for some time, you may want to look to sets like 60337 Express Passenger Train for your LEGO train fix. Alternatively, you can check out the other sets current available in the LEGO Ideas range.