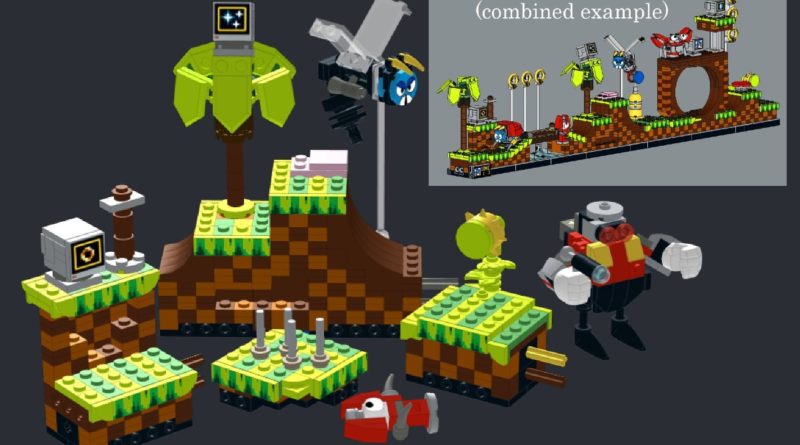 Alternate instructions for 21331 Sonic the Hedgehog – Green Hill Zone has been shared after the Dr. Eggman update, changing the full LEGO set.

Viv Grannell has posted another set of alternate instructions for 21331 Sonic the Hedgehog – Green Hill Zone on social media, weeks after the previous release for a different Dr. Eggman figure. This time, the free manual doesn’t just concern one figure in the LEGO Ideas set but changes the entire build into an alternate segment of Greenhill Zone, complete with new enemies.

You can find the instructions for free on Rebrickable, with the fan designer of the original project also proposing that you combine the modules with a second copy of the LEGO Ideas model to make one long Green Hill Zone layout.

A trio of Badniks is included in the build, including a Buzz Bomber and Chopper as well as an Eggrobo.

An alternate build was a part of the original project, as mentioned by Viv Grannell, though didn’t manage to make its way into the final LEGO Ideas set. With that, the fan designer notes that these designs are not official and has not been tested by the LEGO Group or SEGA.

You can find the 39th LEGO Ideas set in-stores and online now and we’ve already given the model a full review complete with a gallery of images to look through.