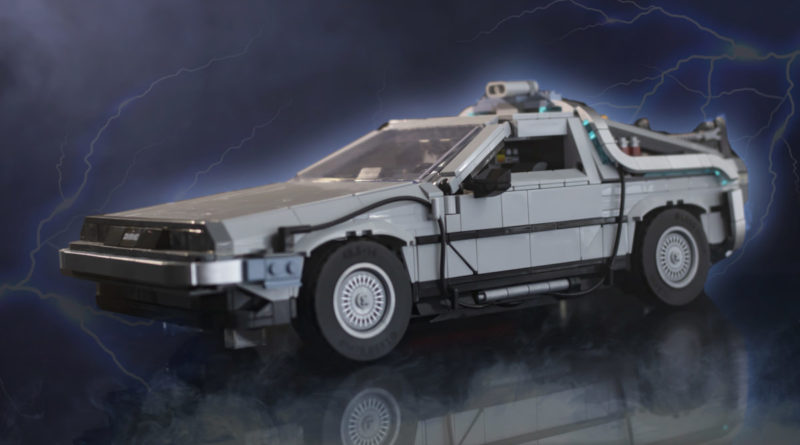 The price may have just gone up for 10300 Back To The Future Time Machine, but it’s still cheaper than its LEGO Ideas predecessor.

Beauty, as they say, is in the eye of the beholder. Back in 2011, 21103 The DeLorean Time Machine was one of the first Ideas sets to be widely available. At just 401 parts, the design was, shall we say, compromised a little. There are those that love it, there are those that are indifferent and there are those that would say this set fell out of the ugly tree and hit every branch on the way down.

But it was only £34.99 and at the time it was something of a novelty. Despite its relatively small scale the design still managed to incorporate modifications for all three versions of the car: the classic original, the ‘Mr Fusion’ powered flying variant and the Heath Robinson, cobbled together contraption from the third film.

All three suffered from a clunky cockpit, awkward angles and, quite frankly, a hideous bonnet. It looked like a photo of the car had been pixellated by a crime scene photographer. And then earlier this year, along came 10300 Back To The Future Time Machine. A decade on and at much larger scale, the new version looks fantastic, but then at £169.99, you’d hope so, right?

But it’s interesting to see what happens to sets when they hit the aftermarket. Idly browsing the UK Amazon site, the latest version of the car is currently being offered for £224.99, which reflects the difficulty LEGO fans have in getting hold of 10300. It’s been on back order or sold out almost since the day it was released.

But while that might seem like an eye-watering price, glancing down the page we find the ugly duckling that is 21103. Smaller, less easy on the eye… and yours for £299.99. Never underestimate the power of unavailability.

You’ll be supporting the work that Brick Fanatics does if you purchase your LEGO sets via our affiliate links. Thanks.