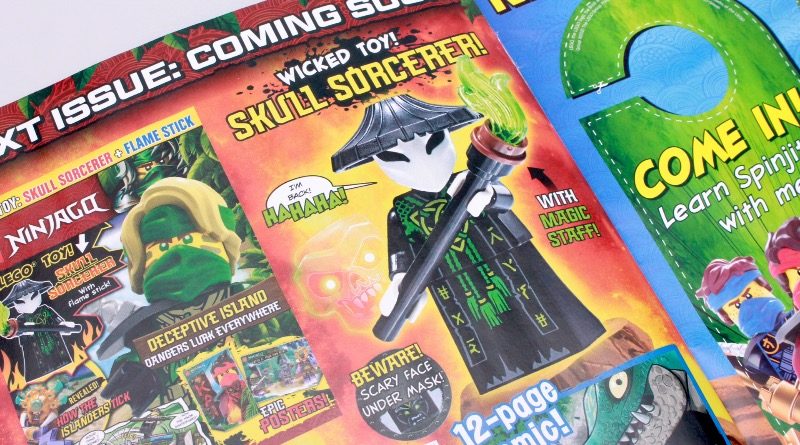 Issue 74 of the LEGO NINJAGO magazine will include the theme’s primary antagonist from summer 2020, the Skull Sorcerer himself.

The baddie has appeared in only two sets to date, both of which require serious investment in the LEGO NINJAGO theme’s Master of the Mountain wave: 71721 Skull Sorcerer’s Dragon and 71722 Skull Sorcerer’s Dungeons.

If you’ve been tempted to pick up either of those sets just to bag what’s arguably one of the coolest NINJAGO minifigures to date, you (or your wallet) can breathe a sigh of relief, as the character will now be available in the official NINJAGO magazine’s April issue for just £3.99.

You’ll miss out on his wings and – more unfortunately – the green skull he carries in the two mainline sets, but he does come equipped with a magic staff, which we guess technically makes him the Staff Sorcerer.

There’s no word yet on when exactly the mag will hit shelves, as Immediate Media has seemingly abandoned all hope of predicting future shelf dates, but it’s reasonable to assume it will arrive in the first week of the month – at least based on previous issues.

This month’s issue includes a free (and technically exclusive, the best kind of exclusive) Zane minifigure. You can take a closer look at the character by clicking here, or head here to peek inside the pages of Issue 73.