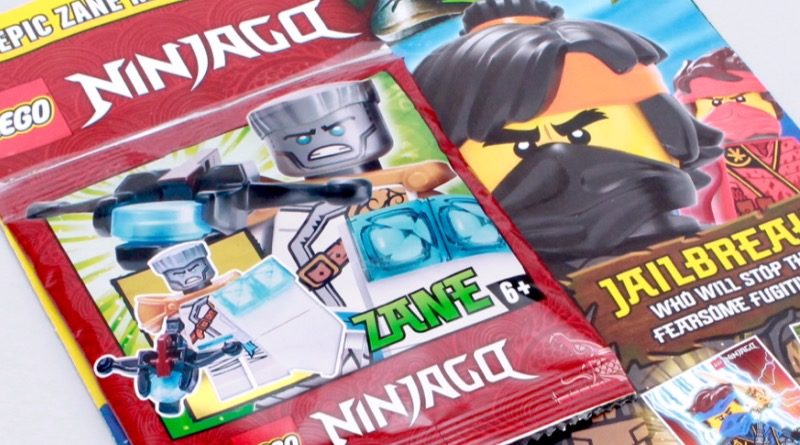 The latest issue of the LEGO NINJAGO magazine is available now at all good retailers, and you won’t want to miss this one.

That’s because it continues its recent focus on last year’s Master of the Mountain subtheme with what’s technically an exclusive version of Zane. The character’s head, torso, legs and shoulder armour all appeared in 71719 Zane’s Mino Creature and 71722 Skull Sorcerer’s Dungeons, but with Zane’s headgear rather than his robotic hair.

You can take a closer look at this brand new minifigure (who comes readily-equipped with an ice shield and ice crossbow) by clicking here. Alternatively, browse through the gallery below to see what’s inside Issue 73 of Immediate Media’s LEGO NINJAGO magazine.

As always, there’s a cool mix of puzzles, posters, comics and activities to keep younger fans entertained while you subtly swipe the foil-bagged freebie and pretend there ain’t no minifigure and there never was.

The cover price remains consistent at £3.99, which feels pretty fair for a minifigure of this calibre – especially if you missed out on last year’s NINJAGO sets, although 71722 Skull Sorcerer’s Dungeons is seriously worth picking up before it retires.

Next month’s LEGO NINJAGO magazine will include the Master of the Mountain subtheme’s big bad, the Skull Sorcerer himself, though it seems the publisher has done away completely with future shelf dates. We’re not entirely sure when Issue 74 will land, but it’s safe to assume a general release date of early April.