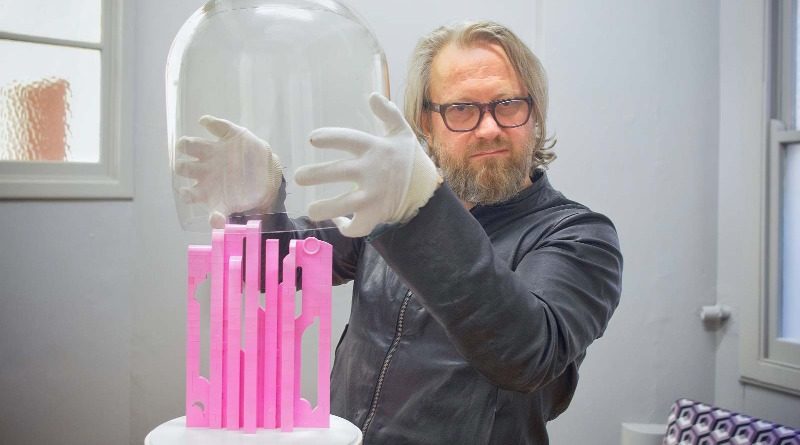 Titled Lost Tablets, the collection is inspired by the ruins at the base of the Parthenon in Athens. Each one is made up from pre-owned LEGO pieces, some with distinctive marks of wear and tear, like teeth marks and stains.

“They are a series of objects which express a tension between a universally recognisable children’s toy and the grammar of architectural semiotics,” explains van Schaik. “These found LEGO pieces bear the marks and discolouring left on them by their former owners before putting them up for sale on the second-hand market.”

The artist used to play with LEGO as a child, but only came to this project in September 2019, having not worked with LEGO bricks for years prior. He found that the used bricks he was messing around with had a rough texture on the back, similar to ancient ruins. Van Schaik liked the look of them and was inspired to start the project there and then.

To complete Lost Tablets, van Schaik has spent roughly $15,000 AUD on secondhand LEGO bricks, sourced from all over the world.

“There’s a worldwide shortage of pink right now,” van Schaik says. “I’d like to think I’m at least a little responsible for that.”

Lost Tablets is on display at Sarah Scout Presents, Melbourne until May 22 from midday to 5pm, Thursday to Saturday. Each piece is also selling for $3,500 AUD each.