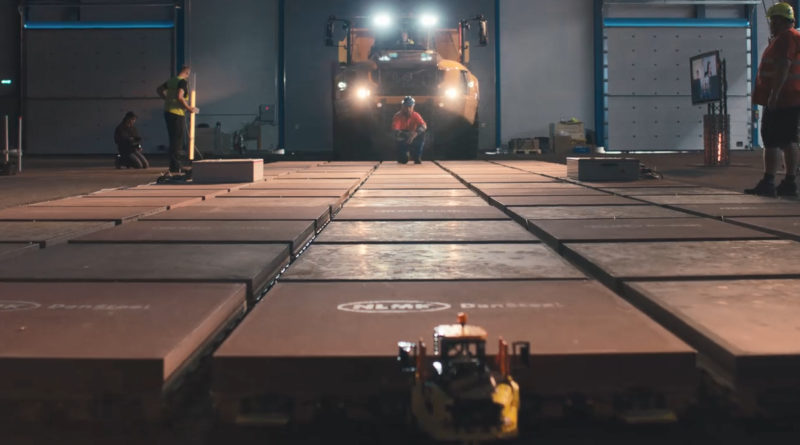 The story of how a team of students managed to make a LEGO Technic model capable of moving the world’s biggest hauler is being unravelled.

As part of a collaborative challenge between the LEGO Group and Volvo Construction equipment, a team of students managed to make a build capable of carrying a huge life-sized construction vehicle as part of a promotion for 42114 6×6 Volvo Articulated Hauler.

The only question remaining is how they managed to do it. Thankfully, that topic is being explored in a new 20-minute behind-the-scenes video uploaded to the official LEGO YouTube channel. A selection of FIRST LEGO League team members was picked for the project, originating from around the world including Nigeria, the USA, Japan and more.

Everything from the development of the LEGO Technic creation to its final test is documented, including discussions with the young engineers.

“It’s mind-blowing that children so early in their engineering journey managed to complete such a complex engineering task so well. We had to put an additional 45 tons of rocks inside the hauler to make it more of a challenge for them,” commented  Libor Udržal, Master Builder and Engineer at the LEGO Group when the challenge was initially revealed.

“The motors in the LEGO Technic 6×6 Volvo Articulated Hauler set are designed to move a weight of around 3.6 kg but the Volvo A60H weighs over 11,000 times more than this. Even with my 20 years of experience, I would have felt daunted by the task in hand.”

LEGO Technic 42114 6×6 Volvo Articulated Hauler is available now from the official online store, and we doubt the motorised model will be quite as difficult to move as the real thing was in the video. However, the electronic elements do allow it to be remote-controlled via the CONTROL+ app with other challenges and achievements to unlock within it.