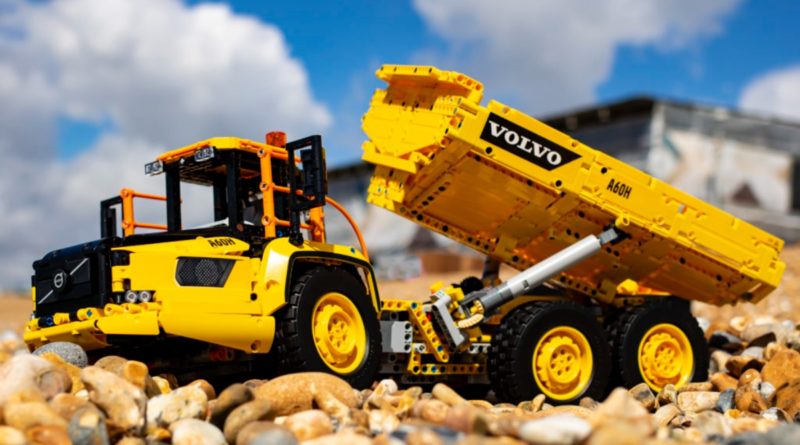 The Volvo A60H weighs 43 tons alone and was loaded with 45 tons of bricks. The goal was to move it 50 metres using nothing but LEGO Technic pieces. 35 engineering students from all over the world came together to take the challenge on, including the US, Sweden, Japan, and Nigeria.

They used 728,168 LEGO Technic bricks beneath a layer of steel plates and 1,920 motors transmitted signals to one another. The enormous build managed to pull the hauler across the full 50m stretch in just 30 minutes.

The young engineers worked on the project for three months. They were all sent 42114 6×6 Volvo Articulated Hauler and given 12 weeks to build a prototype model from home that should be strong enough to move the 43-ton heavyweight. The students collaborated with one another via video calls before the joint design was put to the test.

“The students showed incredible resilience and tenacity,” said Frida Jönsson, Engineer at Volvo CE and leader of the project, in a statement to PR Newswire. “In total, they spent more than 2,000 hours of their own time to come up with a hard-fought solution that could create a pulling force of 10,000 Newtons in order to get the hauler moving.”

The two Scandinavian companies, the LEGO Group and Volvo, have collaborated on other LEGO models in the past, including 42114 6×6 Volvo Articulated Hauler, which you can read our review of here, and 42081 Autonomous Loader.