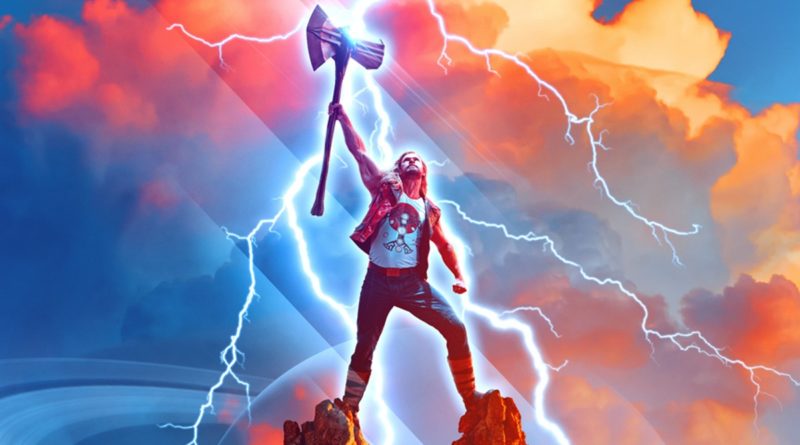 With only a few months until Thor: Love and Thunder is released, the first poster for the film has debuted alongside the teaser trailer.

It’s an arguably exciting day for those who enjoy the Marvel Cinematic Universe as the silence for Thor Love and Thunder has been broken with the reveal of the first teaser trailer and an initial poster for the movie. You can find out more about the video in our report by clicking here.

Once you’ve watched that, you can see the poster for yourself in full below. As the initial poster for the film, it doesn’t tease too much of the plot and only features Thor, unless that rock formation is referencing Korg’s head.

The main image of Thor holding Stormbreaker aloft is accompanied by the main logo for Thor: Love and Thunder, the release date for the film and the phrase ‘The one and only’, likely referring to Thor who won’t be the only superhero with that name in the Marvel Cinematic Universe for long.

As we get closer to the July 8 release date of Thor: Love and Thunder, at least a few more posters will likely be released as part of the marketing. For previous Thor films, the LEGO Group has recreated their posters with bricks. This last happened with Thor: Ragnarok in 2017, but we’ll have to see if it continues over the next few months.

Before then, the LEGO Group will release two Thor: Love and Thunder sets on April 26 including 76207 Attack on New Asgard and 76208 The Goat Boat and Doctor Strange in the Multiverse of Madness will launch in cinemas on May 6.