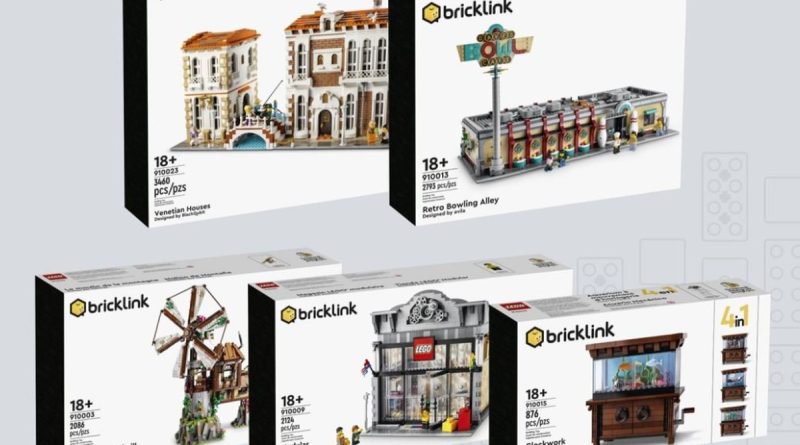 The BrickLink team have shared an update on when the LEGO sets from Round 2 of the Designer Program will begin to ship out to your region.

The main part of the BrickLink Designer Program may be over as all models have been crowdfunded, but the small matter of getting these pre-ordered builds to their new homes is still a task that the team need to organise. The first round of builds have all been sorted but now it’s time for those from the second round to be sent out.

On Instagram, the team have revealed that the Venetian Houses, Retro Bowling Alley, Mountain Windmill, Modular LEGO Store and Clockwork Aquarium are on their way to their new owners in Europe. However, there’s a slight delay in other regions.

In North America, Australia, New Zealand, Japan, and Korea, shipping is expected to start in August and September 2022. However, the update also notes that you may receive automated shipping emails, but the team stresses that you can rest assured in the knowledge that your order is on the way.

The third and final round of the BrickLink Designer Program is next for shipping, though it may be some time before they get sent out with how recently the round ended. In the meantime, we’ve gathered together every set that resulted from the program in one report and you can also check out the box art for the builds from round 2 by clicking here.

One thought on “LEGO BrickLink Designer Program Round 2 shipping update”