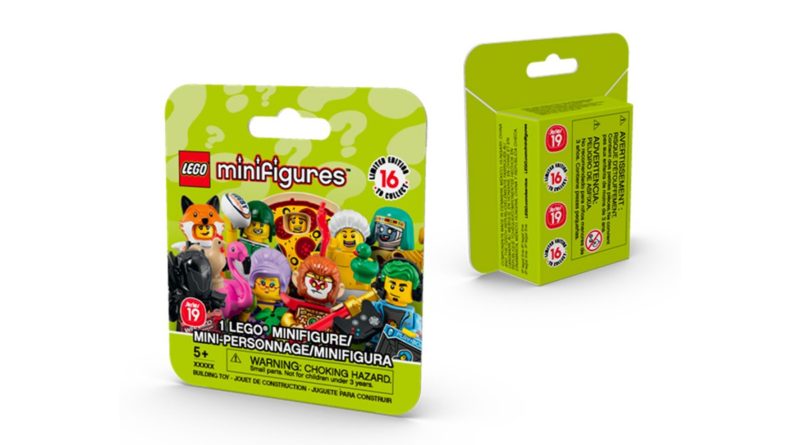 The days of feeling minifigures will soon be over as official images for concepts of future LEGO Collectible Minifigures packaging have surfaced.

Official images from the LEGO Group detail that changes are coming to the way LEGO Collectible Minifigures are packaged. Past series have been contained in blind bags, hiding which minifigures are in the bag upon first glance. However, you could always feel for specific elements to see which one you could find. Some official LEGO stores have even gotten involved and sorted the bags once they had released, making it easier to get a full set.

However, concept images sent out to fan media from the LEGO Group have revealed that concepts exploring the transition from blind bags to blind boxes have been ongoing, and a final design has been decided.

The below gallery depicts the concept that all future LEGO Collectible Minifigures series’ packaging will be based on, though there may still be changes in the design before then.

Hoth Bricks reports that the change will be implemented no earlier than 2023. Provided the release schedule for LEGO Collectible Minifigures stays consistent, we may see at least two full series released before then, with 71034 Series 23 confirmed to feature bags rather than boxes. However, that’s only speculation until officially confirmed.

Blind boxes aren’t anything new in the LEGO portfolio, especially in recent years as both the LEGO VIDIYO Bandmates and LEGO Super Mario 71410 Character Packs – Series 5 are in boxes, despite either being of a similar nature to Collectible Minifigures or being in blind bags previously.

Ultimately this change will mean one thing, the days of knowing what minifigure is in your blind bag by feeling for specific pieces will seemingly soon be over and those hoping to gather a full set will need to dive in blind or pick up a full box in the hopes that everyone is in there. The upside is that the packaging will likely we widely recyclable, furthering the LEGO Group’s environmental goals.

As a reminder, this change is reported to only take effect from September 2023 at the earliest and 71034 Series 23 will launch as normal in blind bags, ready for feeling from September 1 according to official images.