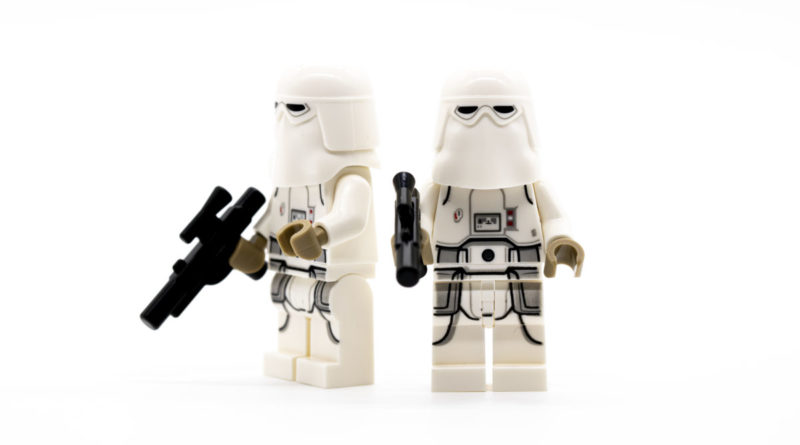 The latest issue of the LEGO Star Wars magazine is now available in the UK, offering a cheaper and easier way to fill your copy of 75313 AT-AT with Snowtroopers.

That’s because the cover-mounted, foil-bagged free gift included with Issue 79 is – you guessed it – a Snowtrooper minifigure, identical to the standard rank-and-file soldiers included in the latest Ultimate Collector Series set. While the 6,785-piece walker only comes with four basic Snowtroopers (and one Snowtrooper Commander), there’s actually seating space for up to 40 minifigures.

Sure, you could just buy 12 copies of 75320 Snowtrooper Battle Pack, as one YouTuber did. But thanks to the increased price of the latest battle pack, that requires a spend of roughly £215, which is no small ask when you’ve already invested £700 in 75313 AT-AT in the first place. And it’s also not easy to amass a full dozen, given there’s a limit of five sets per person through LEGO.com.

By contrast, Issue 79 of the LEGO Star Wars magazine retails for just £4.25. If you can get your hands on 35 copies, you can fill your AT-AT up for just £148.75. You won’t get any extra speeder bikes or Hoth Scout Troopers, and you’ll probably deprive a few kids of the latest issue by buying out every local supermarket and newsagent, but them’s the breaks.

That said, it’s worth remembering that the AT-AT has space for two more speeder bikes – and the Hoth Scout Trooper is a very cool minifigure – so maybe a combination of 75320 Snowtrooper Battle Pack and the LEGO Star Wars magazine is the way to go if you want a full AT-AT. Just remember that while there’s seating room for 40, you can actually fit way more minifigures in standing up.