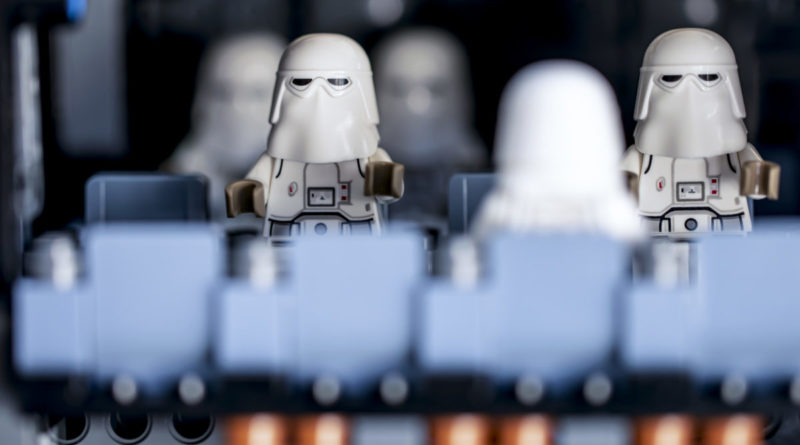 One YouTuber has answered the question we’ve all been asking: is it worth spending more than $1,000 for a LEGO Star Wars UCS AT-AT filled with Snowtroopers?

75313 AT-AT landed on Black Friday and promptly sold out in the US, suggesting its overwhelming $800 price tag wasn’t putting anybody off. But while that’s the initial cost of the 6,785-piece set, it’s not quite the total price – at least if you want to fill all of its interior seats with rank-and-file Imperial troopers.

That’s because the Ultimate Collector Series set only includes five Snowtroopers as standard, which means you’re some 35 short from the get-go. And if you don’t have an existing army of soldiers to fall back on, you’re going to need to obtain them from somewhere. It’s pretty convenient, then, that 75320 Snowtrooper Battle Pack has just hit shelves.

The first battle pack since 2020’s 75280 501st Legion Clone Troopers includes three standard Snowtroopers and one Hoth Scout Trooper, which introduces another dilemma: do you want to fill your AT-AT exclusively with Snowtroopers, or are you happy to pad it out with Hoth Scout Troopers, too?

Ask YouTuber MandRproductions, who has done just that with his copy of 75313 AT-AT. It wasn’t quite as simple as heading to LEGO.com and grabbing 12 copies of 75320 Snowtrooper Battle Pack, however: the LEGO Group has imposed a limit of three sets per person in the US (where it’s now also temporarily out of stock), while shoppers in the UK and Europe can buy up to five.

That’s not enough to get you near a full AT-AT anywhere in the world, which feels like a bit of an oversight from the LEGO Group, although given current stock shortages and supply chain issues it’s not wholly surprising. For the rest of his Snowtrooper army, Ryan instead turned to Amazon, which – at the time of writing – appears to have also sold out of the battle pack.

The YouTuber opted to fill his copy of the UCS AT-AT entirely with Snowtroopers, so ended up amassing 12 copies of the 105-piece set in total. You can see what that looks like by hitting play on the video above, but in short: Ryan didn’t seem especially blown away by the results, nor indeed the prospect of anyone else spending in excess of $1,000 to achieve the same thing.

“I’m really not sure for most people [who] already spent $800 that this is a great idea, to go out and spend $240+ to get 36 more Snowtroopers just to have a full AT-AT,” he says. “I thought it already looked pretty cool without 36 more Snowtroopers inside, and I think you can make do without them. But if you’ve got the extra money to burn, clearly it looks very nice.”

Support the work that Brick Fanatics does by filling your AT-AT with whatever minifigures you like (nobody said it has to be Snowtroopers) using our affiliate links. Thank you!

One thought on “Is it worth spending $1,000 for a LEGO Star Wars UCS AT-AT filled with Snowtroopers?”