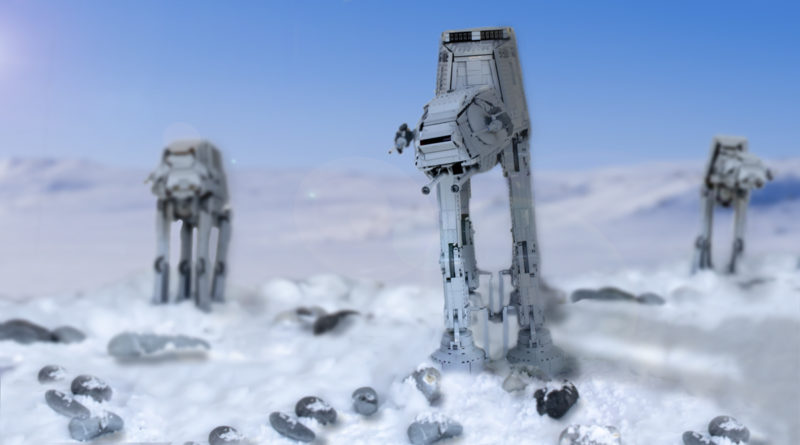 The LEGO Group has responded to claims that the newly-released Star Wars set 75313 AT-AT includes a fatal design flaw.

The build process for the 6,785-piece walker apparently results in several elements in the legs being locked together, and unable to be taken apart without risking damaging them. One of the problem areas involves the connection between the AT-AT’s body and legs, which is facilitated by four axles. The only way to remove these is reportedly to shake the model until they come loose.

You’ll find the other issue in the leg assembly, which crams an axle, bush, pin and connector inside a new Technic frame – a configuration that essentially locks them in place. According to Brickset, the only way to disassemble this portion of the build is to use the blade of a knife to pry the pieces apart.

These issues have since spread around the web like wildfire, prompting outcry from the LEGO community. VICE picked up the story earlier this week, and has now published a response from the LEGO Group.

“All LEGO sets are designed to be rebuildable, including the LEGO Star Wars AT-AT,” the statement reads. “This set is a complex build intended for those aged 18+ and uses Technic pieces to secure elements of the set. Once assembled, these pieces can sometimes be more difficult to take apart, but it is still possible.

“In the case of the elements that attach the upper body to the lower part of the set, builders should tap to the side of the Technic rod until it starts to stick out and then remove it using the LEGO tool which is provided with the set. Alternatively, you can ease the model on to its side and the rods will come out.

“Regarding the pieces used to construct the legs; once assembled the Technic rods can be removed by pushing the rod from one end and securing the end of it with your fingernail. Then push back the cross-axle extender and keep repeating this movement until enough of the end protrudes out to be able to remove it.”

Regardless of whether those methods are viable – especially the latter, which may still require some kind of sharp tool if you don’t have much in the way of fingernails – the fact that the LEGO Group has needed to issue a statement at all still speaks volumes about the construction process behind 75313 AT-AT.

But that statement also suggests it isn’t planning to issue any kind of post-launch fix, as it has done for previous sets including 21303 WALL-E, the first iteration of which suffered neck support problems.

If you’re yet to put together 75313 AT-AT, one Brick Fanatics commenter suggests that wrapping a small LEGO elastic band around the dark grey axle in the leg assembly provides enough leverage to get it out again – without compromising the structural integrity. We haven’t tried that one out for ourselves, though, so results may vary.

75313 AT-AT is still available in the UK and Europe, but it’s temporarily out of stock in the US. If you’re keen to grab it before Christmas, sign up to Brick Fanatics’ stock alerts to be among the first to know when it’s back.