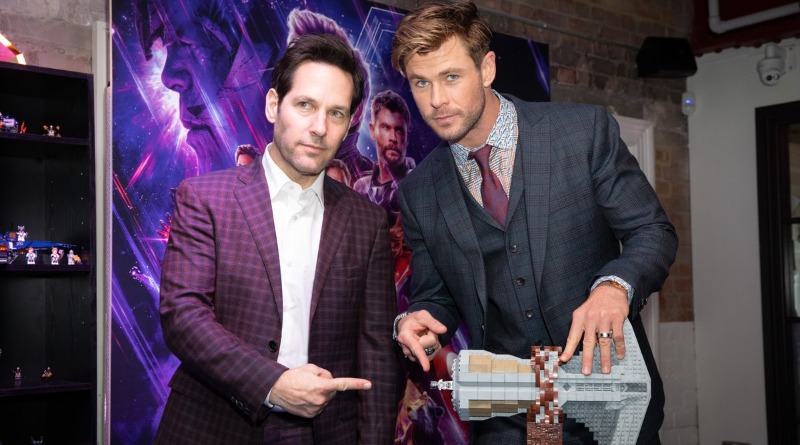 We’re now just two weeks away from Avengers: Endgame hitting cinemas, at least in certain territories, and the press tour is well underway. This week, the film’s cast gathered for the UK Fan Event, where Chris Hemsworth was photographed wielding a LEGO version of Thor’s hammer.

In-keeping with the events of Avengers: Infinity War, it wasn’t a brick-built version of Mjölnir – which was destroyed by Hela in Thor: Ragnarok – but Stormbreaker, the new weapon the Norse god fashioned in last year’s super sequel. Okay, so it’s really more of an axe than a hammer, but let’s not get bogged down in semantics. The point is, who wouldn’t want to wield a LEGO version? 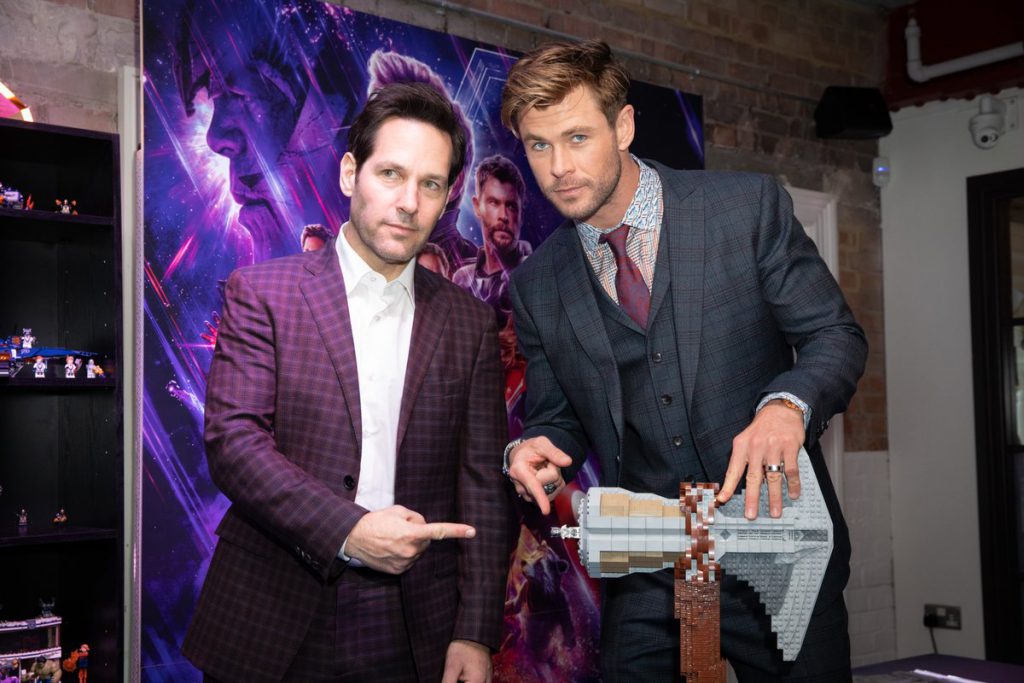 That’s exactly what Chris Hemsworth, who’s played Thor since the character’s MCU debut in 2011, got to do this week. Standing alongside his co-star Paul Rudd, who plays Ant-Man in the movie, Hemsworth had a hand on Stormbreaker, although seemingly didn’t try lifting it up. Maybe he was worried about not being worthy.

Even if you can’t test your own worthiness with the enormous, life-size Stormbreaker, you can at least get your hands on the minifigure-scaled version in last year’s 76102 Thor’s Weapon Quest.

Avengers: Endgame arrives in UK cinemas on April 25. To continue to support the work of Brick Fanatics, please buy your LEGO Marvel Super Heroes sets from shop.LEGO.com and Amazon using our affiliate links.