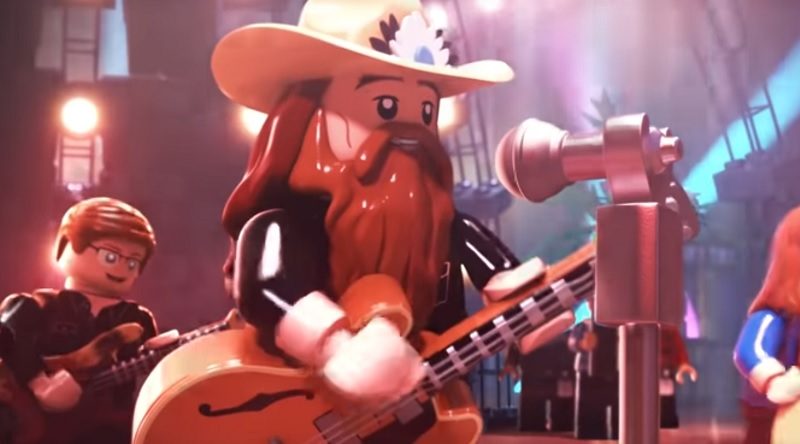 Chris Stapleton has released the music video for his new single, Second One To Know, and it is an official collaboration with the LEGO Group. The singer and his band are entirely LEGO based throughout the video, in which the animated characters battle ninjas and dragons who interrupt their concert.

“We wanted to do something fun for this song and it always sounded like a fight scene to me, so we approached The LEGO Group with this idea and a rough outline of what we wanted to do,” says Stapleton. “Once The LEGO Group gave us the green light, David Coleman and the team at Pure Imagination took that outline and refined and built it into what it has become.

“Along the way, the fight got bigger and more absurd and I got a front row seat to watch the massive amount of work that animators put into what they do. The tiniest details were thought about and discussed and edited and revised. My kids even got to be a part of designing their characters and it was a cool thing for us to get to do together. It was an incredible experience for me, and I couldn’t be happier with the end result.”