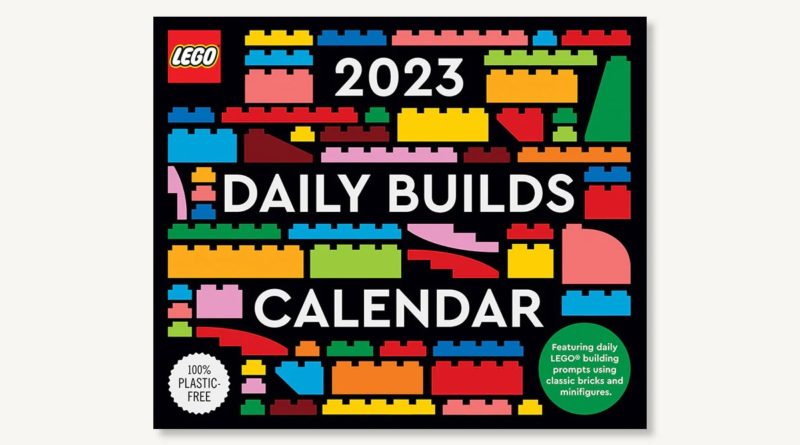 Chronicle Books have revealed their latest range of LEGO books, puzzles and calendars, including products for 2023 and daily build guides.

The next selection of the LEGO Group and Chronicle Book’s products have been showcased in full, featuring calendars for 2023, notebooks for Master Builders and a puzzle that was voted for by the fans.

Later this year, five new brick-based products from Chronicle Books will release, ready to decorate your walls to help you build something every day, take a trip to the stars with a homage to Classic Space or celebrate the 90th anniversary of the LEGO Group throughout 2023.

Two of the revealed items are based on daily builds and come as a calendar or a book. Notably, the calendar confirms that it is 100% plastic-free but the same isn’t stated for the book, despite neither description mentioning included LEGO bricks in the description. However, that’s unlikely to be an issue for most of you reading as we’re sure you have at least a few elements to spare for these daily models.

The 2023 LEGO wall calendar will be based on minifigures and models that all relate to the 90th anniversary of the LEGO Group. This even includes concept art of Collectible Minifigures as revealed by official images on Amazon.