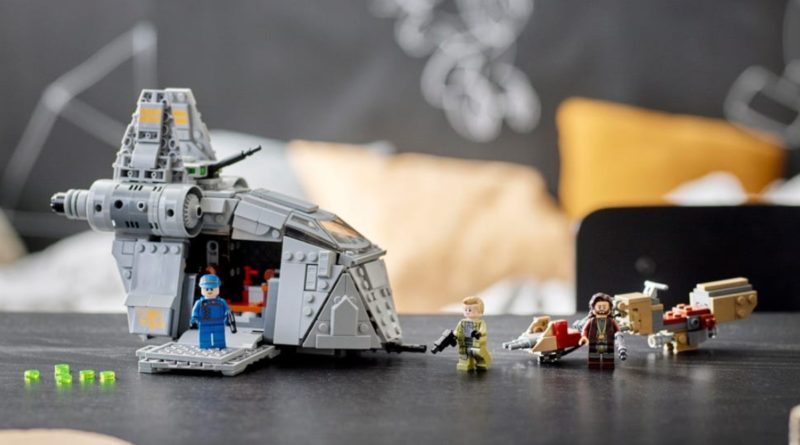 Cassian Andor is the star of an upcoming Disney+ series, but thanks to the LEGO Star Wars Rogue One sets, we can see how this rebel has grown.

Before appearing in his dedicated show on Disney+, Cassian Andor appeared in Rogue One. The series is a prequel story to the movie but this means that we’ve already had a Cassian Andor minifigure. To see what changed between Andor and Rogue One before the show starts streaming, we can take a look at his first and newest minifigure to see the differences in character and design.

The new Cassian Andor minifigure (pictured on the left of the above gallery) is based on his younger appearance in Andor and can be found in 75338 Ambush on Ferrix. The show takes place during the first five years of the rebellion against the Empire and focuses on Cassian’s transformation from thief to rebel spy.

This role as a thief is more prominent in the new minifigure, with unassuming dark clothing and plenty of layers to hide any stolen goods. He also has long hair and a full beard.

Official images of 75338 Ambush on Ferrix don’t showcase a second face print for Cassian Andor. However, the original minifigure did feature a second expression which is notable as he appears to be more serious in his younger appearance at the time of writing.

The face on the Rogue One minifigure also appears to use a different skin tone, with the newer version looking more in line with the colour introduced in 75325 The Mandalorian’s N-1 Starfighter for Din Djarin.

Andor starts streaming on August 31 on Disney+, so we don’t have too long to wait to see how this character grew into the rebel spy that we saw in Rogue One, as well as see the source material for the only LEGO Star Wars Andor set so far. 75338 Ambush on Ferrix will launch ahead of the show on August 1, but it’s available to pre-order now.

While Andor has yet to start streaming, it’s interesting to see the full extent of the design