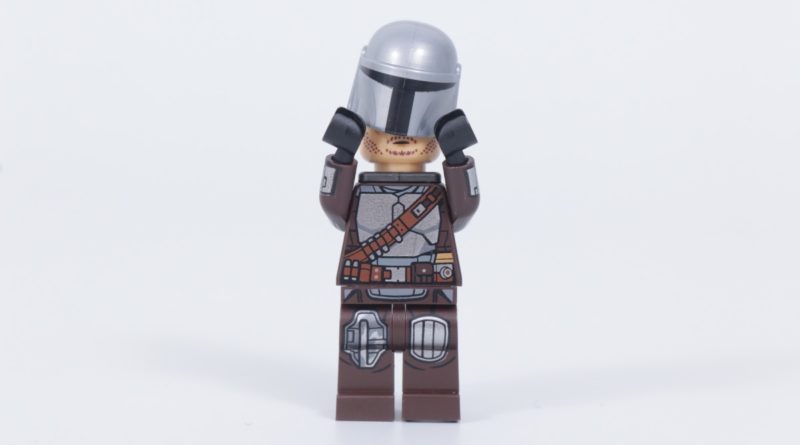 As confirmed by Brick Fanatics earlier this year, the first set based specifically on The Book of Boba Fett includes the first-ever face print for Din Djarin, who until now has had to make do with a blank back head – despite the Disney+ series unmasking the bounty hunter all the way back in 2019, at the tail end of the show’s first season.

That means this Mando minifigure represents a real milestone for the LEGO Star Wars theme, and provides another incentive – if you needed one – to grab 75325 The Mandalorian’s N-1 Starfighter when it launches June 1. But Din Djarin’s face print also represents a first for the LEGO Group as a whole, too, because he uses a brand new skin tone.

The LEGO Group’s narrow range of skin tones has opened it up to criticism in the past – most recently around its Shang-Chi minifigures – so it’s promising to see it now expanding its selection, allowing for greater diversity across its product range. And beyond that, it’s also just great to see Din Djarin finally getting a unique head print – and one that suits his character to a tee.

Check out our full review of 75325 The Mandalorian’s N-1 Starfighter here. You can pre-order the set now, complete with Mando’s new head, ahead of its launch on June 1.