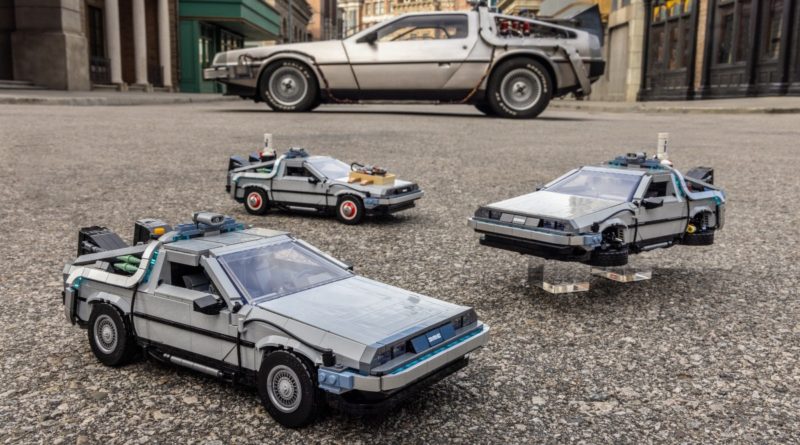 The LEGO Group have taken 10300 Back to the Future Time Machine to the original set of the film, comparing the model to the real movie prop.

The latest LEGO DeLorean based on the Back to the Future trilogy is launching on April 1, and you can get ready for the release of 10300 Back to the Future Time Machine with a gallery of images taken at the backlot in Universal Studios Hollywood, placing the build next to and on the DeLorean prop.

These new pictures showcase the details that have transferred from screen to set, including how the design team approached the angular shape of the DeLorean car, even down to the dashboard and flux capacitor in the interior.

“Since its release in 1985, Back to the Future continues to be a cult film and a favourite for generations of fans all over the world – including myself. I had so much fun reliving my favourite moments from all three films on this exciting and nostalgic design adventure,” shared LEGO designer Sven Franic.

“The shared timelessness of LEGO bricks and the Back to the Future franchise is something we really wanted to capture for this set, so we hope fans will enjoy racing through time in LEGO style.”