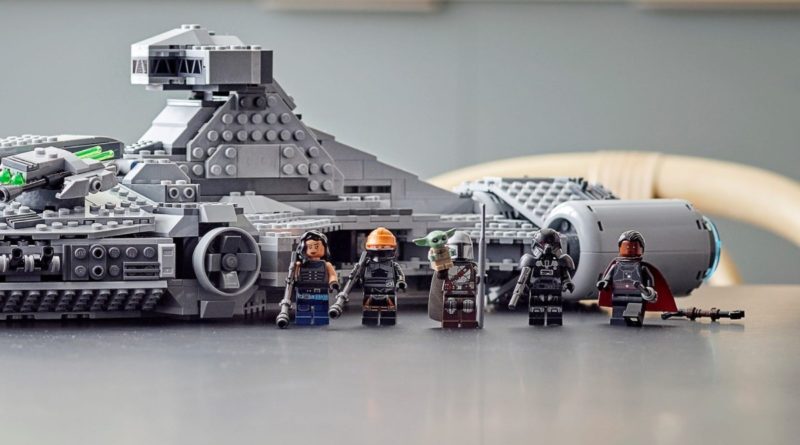 Based on Star Wars: The Mandalorian Season 2, Zavvi has slashed £25 off LEGO 75315 Imperial Light Cruiser and its exclusive minifigures.

In our full review of 75315 Imperial Light Cruiser, we felt that the price was one of the worst features of the model, stating that if this set was between £100 and £120, it would be much easier to recommend. However, note that the review is from before the set had its price lowered to £139.99 instead of £149.99.

Thankfully, the latest discount on the LEGO Star Wars model at Zavvi is comfortably within that price range, offering further value for money, even before considering the two exclusive minifigures.

Both Fennec Shand with her unique helmet brick and Moff Gideon are exclusive to 75315 Imperial Light Cruiser, arguably making the model a must-have for fans of either The Mandalorian or The Book of Boba Fett. Cara Dune is only available in one other Star Wars set too and for those who have yet to get the Din Djarin and Grogu minifigures – they appear in this build.

The main content of 75315 Imperial Light Cruiser is the cruiser itself, with miniature TIE Fighters that can launch from the ship and an interior that recreates the bridge in case you want to depict the final moments of The Mandalorian Season 2

As always, Zavvi‘s delivery fee starting from £1.99 for UK delivery can be upgraded from £3.99 for shipping to the US in case anyone across the pond is tempted by this deal too. At the time of writing, 75315 Imperial Light Cruiser is in stock now for £114.99 at Zavvi with the set scheduled to retire at the end of 2022.

You can support our work here at Brick Fanatics by purchasing your LEGO via our affiliate links. Thanks!