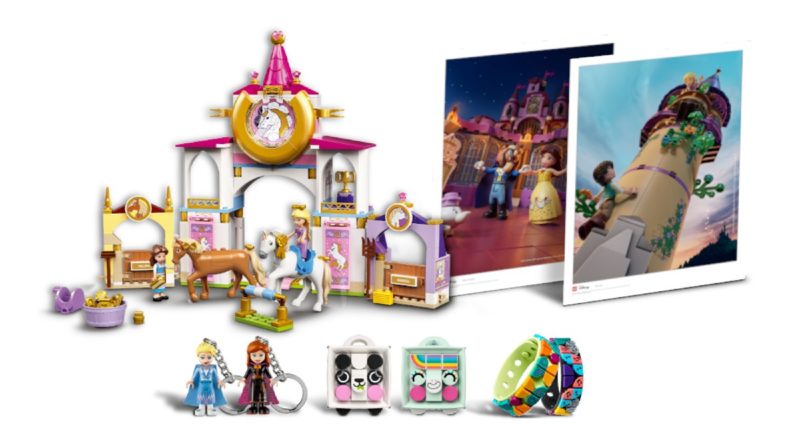 A new LEGO bundle has been revealed on the online store, featuring five sets and previous VIP rewards mostly based on LEGO Disney Princesses.

Just before Black Friday, the LEGO Group have announced a new Disney bundle featuring four of the famous princesses, and other relevant items for a total price that is offering a discount over buying them separately.

Also featured are two of the LEGO Disney VIP art prints that are available in the VIP rewards centre for 650 points each after a reveal earlier in the year.

When adding together the listed values of each of the nine items individually, the total comes to £92.93 / €103.93 whereas 5007204 Disney Princess Ultimate Celebration Bundle costs £74.99 / €84.99. The saving is only available to those of you in the UK or Europe with the bundle not yet listed in the US.

Anyone interested in LEGO DOTS or Disney Princesses might be tempted to pick up the new bundle during the upcoming Black Friday offers with a free 40484 Santa’s Front Yard available with orders over £170 / $170 / €170. Similarly, a trio of LEGO Super Mario bundles is available now with bonus VIP points.