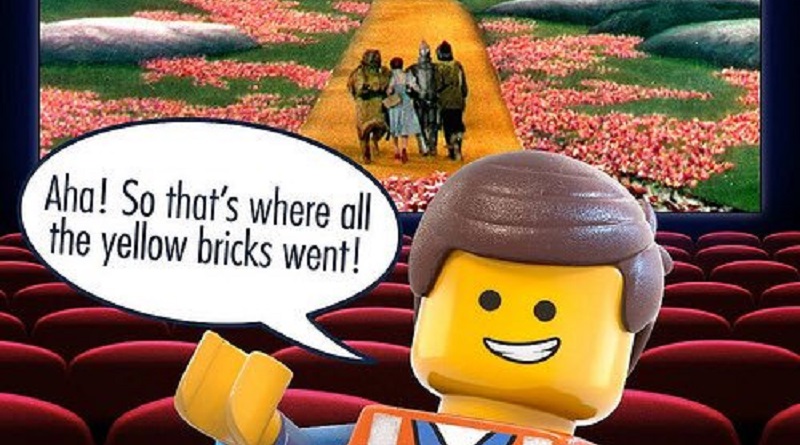 Ahead of the release of The LEGO Movie 2: The Second Part, a social media campaign is seeing Emmet “reviewing” other films from Warner Bros, the studio behind the new brick based animated feature. On Twitter and other platforms, Emmet has been sharing comments on a mix of modern and vintage classics.

Included in the little construction worker’s review series are Batman, Wonder Woman, Lord of the Rings, The Wizard of Oz, Gremlins, The Goonies and Beetlejuice.

Some of the characters and settings in these films are expected to turn up in The LEGO Movie 2 when it arrives in cinemas. The LEGO Movie – and The LEGO Batman Movie – were packed with character crossovers, mixing franchises, television shows and films. With appearances from characters from The Simpsons, Teenage Mutant Ninja Turtles, Harry Potter, The Wizard of Oz and Doctor Who, the filmmakers behind the animated features are happy to delve into the annals of pop culture.