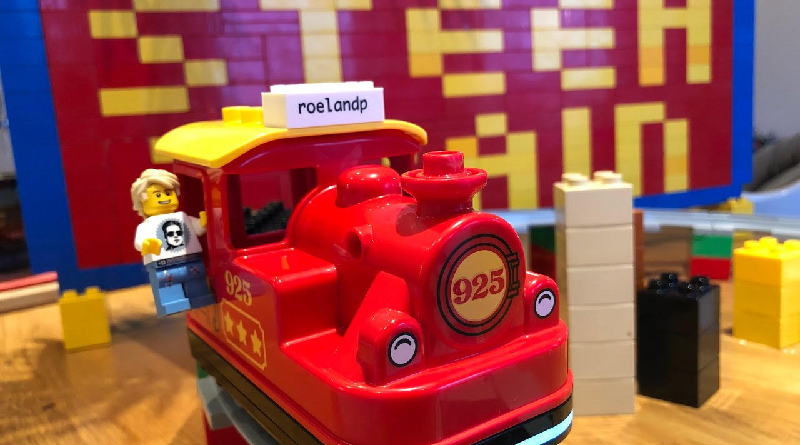 A hacker decided to use Steem blockchains to power his son’s new LEGO DUPLO train, using the set’s Bluetooth connectivity.

When Roeland P Lanparty realised that his son’s new motorised LEGO DUPLO 10875 Freight Train has Bluetooth connectivity, he decided to use his programming know-how to Steem power it. A blockchain is a list of records, usually recording cryptocurrency transactions. The Steem blockchain is what he decided to use in order to give instructions to the train, telling it when to move.

As each block includes more transactions, and is therefore bigger, the train speeds up. When fewer transactions are taking place, it slows down.

“I started to experiment with what commands I could send, it was a matter of hooking up a data-source which could power these commands autonomously,” Lanparty told The Next Web. “For this part I chose the STEEM blockchain, as I already knew that codebase, and it’s easy to develop on it due to the availability of tools.”

To ensure that the train doesn’t burn out, the hacker has capped the maximum speed it can go at. “No, there would not be an absolute number of dangerous transactions for the train, as the script normalises from the first block it receives onwards,” he said. “That said, I found that the Duplo speed is instructed from 0-100 percent. Speeds lower than 50 percent really give the train a weird sound as if it might be burning.”