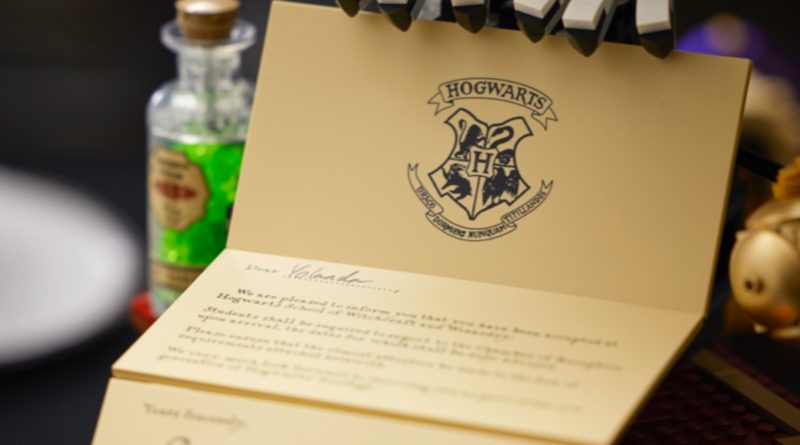 An unfortunate error has been spotted within one of the main features of the massive LEGO 76391 Hogwarts Icons Collectors’ Edition as a part of the letter may not be correct.

The newly-revealed LEGO Harry Potter 76391 Hogwarts Icons Collectors’ Edition takes the Wizarding World to a whole new scale, offering life-size recreations of iconic props from the franchise. These include Hedwig, a wand, potion ingredients, and even a letter to sign (as long as you’re ok with writing on LEGO).

Unfortunately, the latter of those items contains a mistake in the form of the printed Hogwarts Crest. The letter’s emblem initially appears to be a perfect replica of the magical school’s icon. However, the last word in the ‘Draco dormiens nunquam titillandos’ phrase should actually be spelt ‘titillandus’ according to the official Harry Potter website.

Whilst this minor spelling error likely won’t bother those less familiar with the franchise, dedicated wizards and witches may struggle to overlook the error with a purchase of the £229.99 / $249.99 / €249.99 set and its 3,010 pieces.

The Harry Potter model still stands as one of the biggest in the 20-year-old theme and includes a more detailed version of the iconic owl than we saw in 75979 Hedwig. With a release date of September 2, we’ll know for sure how many fans mind this spelling mistake when 76391 Hogwarts Icons Collectors’ Edition launches worldwide.

For more on the Harry Potter build we’ve got a full gallery of images for you to pour through and stay tuned for our in-depth review soon.