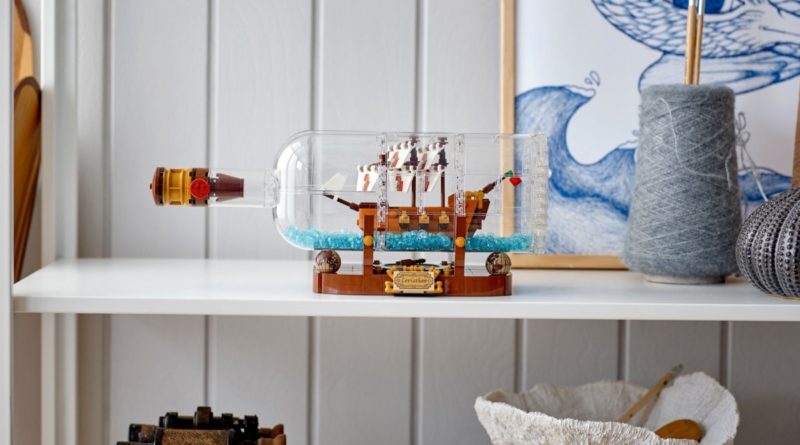 Three LEGO Ideas sets are due to retire from shelves this year, including a recent re-release and one of the theme’s largest sets to date.

92177 Ship in a Bottle washed up on shelves on January 1 in the UK and Europe, two months after arriving in the US. But according to Brick Fanatics’ sources, the re-released version of 21313 Ship in a Bottle is already on the way out.

92176 NASA Apollo Saturn V, meanwhile – which launched worldwide on November 1, 2020 – will continue its journey into 2022, joining 21321 International Space Station as another space-themed set that’s been pushed back from its original 2021 retirement date.

Moving in the other direction is the 2,545-piece 21322 Pirates of Barracuda Bay, which is destined to be shipwrecked among retired LEGO Ideas sets within the next few months. If you’re yet to pick up the incredible ode to a classic LEGO theme, make sure to bump it up your shopping list.

From the current crop of Ideas sets, only 21323 Grand Piano is due to survive all the way into 2024, suggesting the LEGO Group has real faith in the playable instrument’s ability to sell – even beyond more recent crowdsourced products.

Here’s the full list of every LEGO Ideas set currently available, organised by when they’re due to retire. Remember, these dates are liable to change, but they are a solid indicator of where things stand as of August 2021.