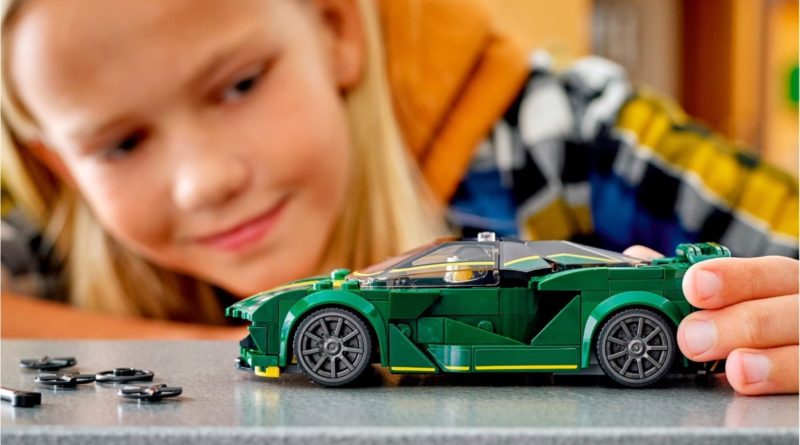 Plenty of new LEGO sets are launching in March from Star Wars, Marvel, Art and more, and we’ve compiled every upcoming build into one list.

Have your wallets at the ready as March might be an expensive month as lots of new and expensive builds are scheduled to be released soon. Whether you prefer Star Wars, Creator or the 18+ collection of builds spanning multiple themes, there’s a possible purchase for everyone.

We’ve gathered every confirmed LEGO set for March into one comprehensive list so you can plan your next order before March 1 arrives.

The Mandalorian is the focus of LEGO Star Wars in March with three sets launching based on the series, including two new additions to the growing helmet collection. Outside of the 18+ models, a diorama of Luke Skywalker’s grand reveal in the show comes with three Dark Trooper minifigures.

The delayed Marvel mechs might not be launching quite yet, but in the meantime, the LEGO Group wants to find out who is worthy to wield Mjölnir as 76209 Thor’s Hammer launches. The latest LEGO Marvel prop recreation imagines the hammer in bricks at a life-sized scale, and even includes a minifigure based on the first Thor movie.

From a music icon to a classic superhero with exclusive artwork, LEGO Art introduces two new builds to the theme in March with one inspired by Elvis Presley and the other by Batman. The DC creation is a partnership with artist Jim Lee, featuring mosaics for Batman, The Joker, Harley Quin and Catwoman for those who buy more than one of the set.

The first LEGO Speed Champions sets for 2022 launch on March 1, with five builds recreating classic and modern supercars from manufacturers new and familiar to the theme. These include two double packs and seven cars overall.

The world of witchcraft and wizardry sees four new LEGO sets launch on March 1, recreating locations and characters that have rarely been seen in the Harry Potter theme before, including a dedicated model for the hospital wing.

After releasing a brand new wave of models on February 1, LEGO BrickHeadz isn’t calming down for March with a fresh build launching at the start of the month. Disney characters Chip & Dale debut in the theme after being introduced in minifigure form as part of a Collectable Minifigures series. The caricatures represent their costumes as seen in Chip ‘N Dale: Rescue Rangers.

From fantastical creatures to jets soaring in the sky, LEGO Creator has a varied wave of models for March including creatures and vehicles of earth, sky and sea to collect, display and play with.

Outside of 40550 Chip & Dale, LEGO Disney will add two other new sets to the theme on March 1 with models representing new and familiar characters from The Little Mermaid and Frozen, including the first King Triton mini-doll.

After the launch of NINJAGO Core at the start of 2022, the wave’s line of spinners arrives in March, bringing with them exclusive minifigures of Lloyd, Kai and Jay. A larger model also releases soon that can be combined with 71767 Ninja Dojo Temple.

LEGO CITY is reaching for the stars from March with a collection of four new space sets scheduled to release at the start of the month. These include a new space station, rover, rocket and launch centre and even a domed moon base.

Four new sets joined the LEGO Technic lineup next month as March sees the arrival of the first John Deere model, a transforming remote-controlled vehicle and two other models to build with the usual complex constructions and elements that we have come to expect from the theme.

The LEGO Friends are continuing to care for pets, while also leaving some room for a beach holiday this March as there are five models scheduled to launch in the theme that is currently celebrating its 10th anniversary.

For anyone who prefers a simplistic take on LEGO bricks, Classic has another seven sets on the official online store from March 1, including the return of four baseplates, matching previous iterations and coming in green, grey, blue and white.

Keep track of your latest LEGO projects as DOTS launches a wave of models designed for keeping notes. There are two sizes of message board sets to display and decorate as well as another Lots of DOTS build featuring plenty of tiles to make whatever letters you need to write down your message.

One thought on “Every new LEGO set confirmed for March 2022”