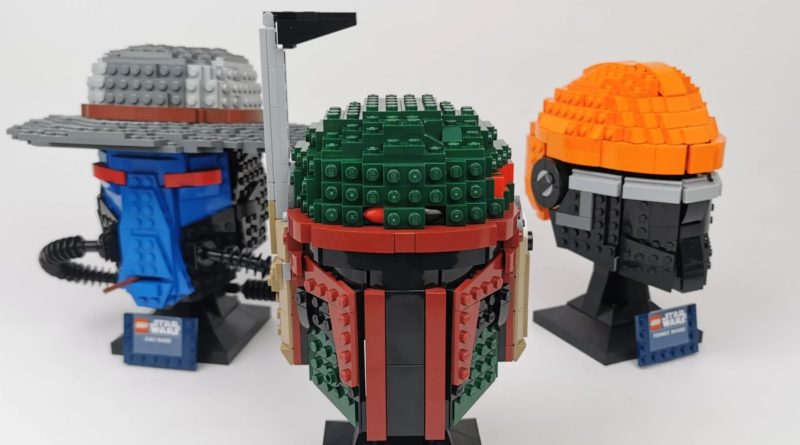 Now that Star Wars: The Book of Boba Fett is finished, a Reddit user has made a set of LEGO helmets based on the series, including one redesign.

Following the streaming debut of The Book of Boba Fett’s finale, Reddit user Breaaaaaaad has shared a trio of custom builds on the LEGO Star Wars subreddit, recreating two prominent helmets from the show and one recreating unlike any LEGO Star Wars set so far.

Boba Fett and Fennec Shand’s helmets each mirror the current design of the LEGO Star Wars Helmet Collection, including the display stand with the plaque. However, given that an official 75277 Boba Fett Helmet already exists, the user chose to recolour the helmet with a darker colour scheme.

Their third helmet might be better labelled as a Star Wars bust as it transforms the head of the antagonistic Cad Bane into bricks at a larger scale than the previously released minifigures of the characters.

From the wide-brimmed hat to the breathing apparatus and even his toothpick, the attention to detail in the model speaks to the creativity of Breaaaaaaad, though such a set might be hard to achieve officially.

In an interview with Brick Fanatics, LEGO Star Wars Creative Lead Jens Kronvold Frederiksen spoke about the possibility of a LEGO helmet for C-3PO and how personality is a deciding factor against the Helmet Collection. Considering that, it’s hard to imagine that Cad Bane chewing a toothpick would be too different.

However, that doesn’t diminish the quality of the fan-made helmets. In other news, another key character in The Book of Boba Fett is getting an official recreation in March as part of the latest range of LEGO Star Wars sets.