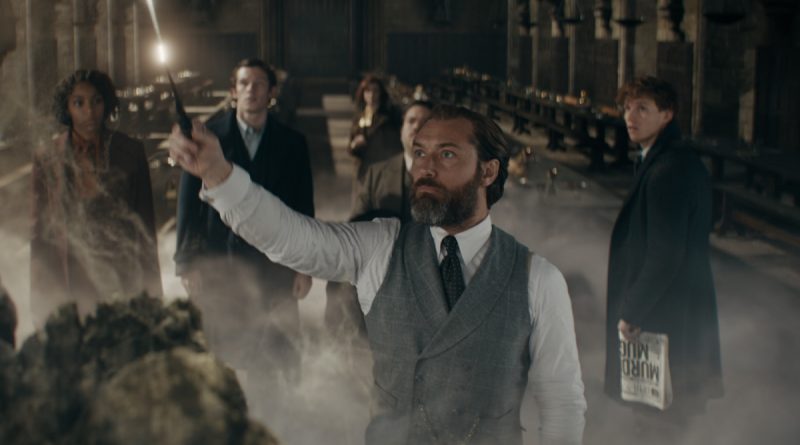 The fate of the Fantastic Beasts franchise is hanging in the balance after a poor theatrical performance from The Secrets of Dumbledore – but it won’t matter one jot to the LEGO Harry Potter theme.

The third film in the planned pentalogy arrived in cinemas earlier this year, coming off a budget of $200 million, and – according to Variety – barely broken even at the global box office. By the time it opened, Warner Bros. apparently didn’t have a script in place for the fourth or fifth movies, and has since remained conspicuously silent on any further instalments. (By contrast, it announced sequels for Dune and Wonder Woman 1984 within days of their theatrical debuts.)

Variety reports that Warner Bros. CEO spoke vaguely about doing ‘something’ with series creator J.K. Rowling on a recent earnings call, but neglected to offer any specifics – including whether that would be under the umbrella of the Fantastic Beasts franchise. But Harry Potter is one of two tentpole properties around which Warner Bros. is apparently anchoring its feature film strategy going forward, so we probably haven’t seen the last of the Wizarding World on screen.

We definitely haven’t seen the last of it in LEGO, either. Relaunched off the back of Fantastic Beasts: The Crimes of Grindelwald in 2018, the LEGO Harry Potter theme has long since left behind those inauspicious beginnings to blossom as a celebration of the original eight Wizarding World movies. Only two Fantastic Beasts sets ever made it to shelves – 75951 Grindelwald’s Escape and 75952 Newt’s Case of Magical Creatures – alongside a handful of characters in the theme’s first Minifigures series.

That all means that while The Secrets of Dumbledore’s relatively mediocre box office performance spells trouble for the future of the spin-off franchise, it probably won’t impact the LEGO Harry Potter theme in 2023 and beyond. If anything, it should only strengthen the LEGO Group’s resolve to focus on fleshing out any gaps in its core Harry Potter portfolio, which we’re already starting to see with this summer’s 76403 The Ministry of Magic.

Rumours suggest that another Deathly Hallows set will follow in 2023, with another full slate of LEGO Harry Potter sets firmly on the cards. Whether those will actually materialise as expected is still to be confirmed, but the good news for Potterheads is that while the Fantastic Beasts franchise may have been the catalyst to bring the boy wizard back to LEGO Store shelves, its job is pretty much done. Harry, Ron, Hermione and the gang will take things from here.