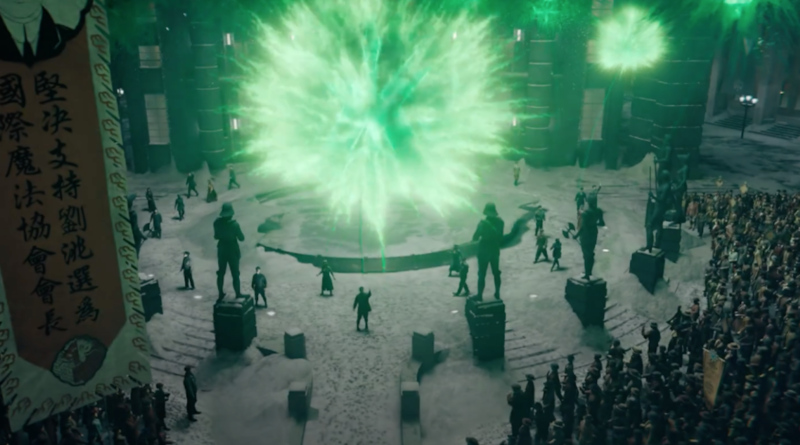 Warner Bros. is treating J.K. Rowling fans today as the studio has dropped a new trailer for Fantastic Beasts: The Secrets of Dumbledore.

As previously reported, it’s been four long years since Fantastic Beasts: The Crimes of Grindelwald was released but it’s almost time to return to the cinematic world of J.K. Rowling’s creations. Warner Bros. today has revealed a fresh look at the upcoming magical movie, with a second trailer that dives deeper into the film’s story.

In Fantastic Beasts: The Secrets of Dumbledore, Professor Albus Dumbledore is racing against time to gather allies to prevent Gellert Grindelwald from seizing control of the wizarding world. This time around the villain of the film will be played by Mads Mikkelsen, replacing Johnny Depp in the role. One thing that does seem to stand out in the new trailer is just how much Newt Scamander appears to be taking on more of a secondary role to the film’s other characters, but maybe that’s just clever editing.

In addition to the new trailer, Warner Bros. also recently released a staggering 18 character posters (some of which are shown below) showcasing the main heroes, villains and creatures in the film. These images give us a good look at Dumbledore’s magical team, which also includes hapless Muggle baker, Jacob Kowalski.

Whilst no LEGO sets have been announced for Fantastic Beasts: The Secrets of Dumbledore, fans of the darker side of the wizarding world may want to keep an out this summer for a rumoured set based on Harry Potter and the Deathly Hallows. 76403 Ministry of Magic is said to include 990 pieces, may be out June 1 and could retail for €99.99. The LEGO Group has yet to confirm any LEGO Harry Potter sets for later this year, so treat this as pure speculation for now.

Fantastic Beasts: The Secrets of Dumbledore is scheduled to be released in cinemas from April 8, 2022.