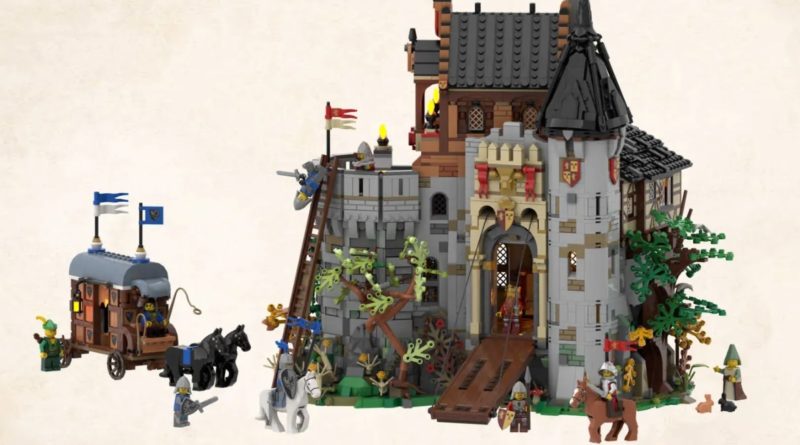 The designer behind the BrickLink Designer Program’s Castle in the Forest has reached the LEGO Ideas review stage for the third time – with another castle.

It’s the second time Daniel Van Zonneveld has submitted his The Castle of Brickwood Forest to the crowdsourcing platform, having first taken the build to 10,000 supporters in February last year. It ultimately faltered in the first 2021 review, but that clearly didn’t deter Daniel, who tweaked and reuploaded his 3,000-piece design in January – and has already seen it rocket to the review stage once more.

His original 10K design on LEGO Ideas has proven to be the most successful set in the BrickLink Designer Program’s first two crowdfunding rounds, originally selling double its initial allocation (and bringing every other set up to a maximum of 10,000 copies as a consequence). That surely speaks to the appetite out there for the return of LEGO castle, but the LEGO Group seemingly still views Creator 3-in-1 as the current home of retro themes.

For now, we’ll have to make do with the admittedly-excellent 31120 Medieval Castle for an immediate fortress fix, but The Castle of Brickwood Forest could yet bring us an even bigger and better castle somewhere down the line. This latest version of the build includes more minifigures, a modified colour scheme and a brand new drawbridge.

It now joins 22 other projects in the first 2022 review, which means it’s up to the LEGO Ideas review board to decide whether to produce it as an official set. Here’s the full list of builds in contention this time round (so far):