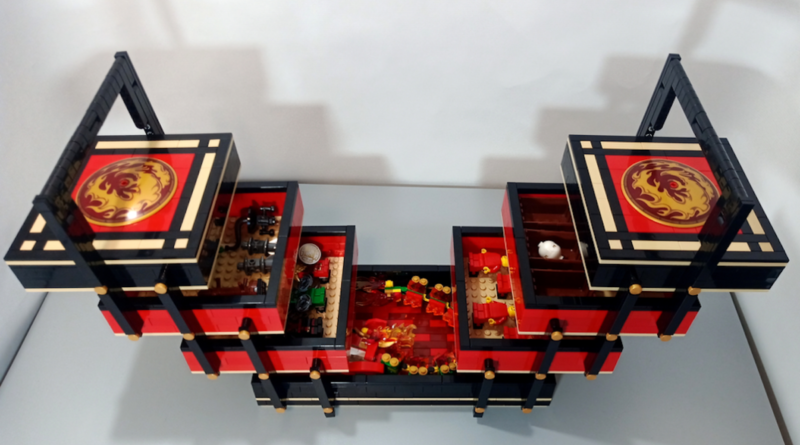 The next project to reach 10,000 supporters on LEGO Ideas is entitled Adventure Box and was inspired by the creator’s mother’s love of sewing.

With the first review stage of 2022 now in full swing, more fan-made creations are making it through the LEGO Ideas approvals process. Now another model has been given the thumbs-up and it’s one that’s been inspired by a source very close to its creator.

Homo Brickus built his 1,500+ piece Adventure Box based on a wooden storage system in which his mother used to keep her sewing supplies. The model has seven fold-out branches across four floors that can be used to keep LEGO pieces, minifigures and accessories inside.

Homo Brickus states that the Adventure Box can be easily modified so that builders can create their own mosaic image for each branch and that the box lids can be used as a platform or stand for minifigures to be placed upon.

Adventure Box joins the previously reported Sherlock Holmes – 221B Baker Street and 15 other builds in the first 2022 review stage. Here’s the full list of qualifying projects to date: