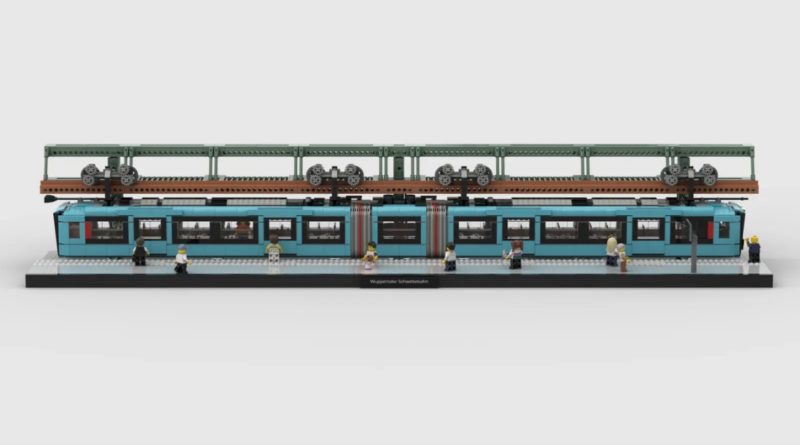 A recreation of a monorail in Wuppertal, Germany has racked up 10,000 votes on LEGO Ideas, cementing it as probably one of the platform’s most niche projects to date.

The chances of Wuppertaler Schwebebahn/Wuppertal Suspension Railway advancing beyond the review phase feel very slim, but local student Manuel Dwinger’s design will be in contention in the first 2022 review regardless. Despite the obscure nature of its subject, the project actually gathered all the necessary support in less than two months.

That’s apparently thanks in part to support for the design from Wuppertal Marketing, the city’s official Facebook page. But Dwinger also notes on the project page that the Wuppertaler Schwebebahn (or Wuppertal Suspension Railway) is ‘the oldest electric elevated railway with hanging cars in the world’, having first opened in 1901, and is now ‘known worldwide’.

Whether that international recognition would translate into a global consumer base is for the LEGO Ideas team to decide, but StoneWars points out that the project no longer passes one of the basic requirements of the platform: that each project must come in under 3,000 parts. While Dwinger’s original design fulfils that criteria, he’s since added a full station to the railway, which seemingly sends it soaring above that maximum piece count.

Even while Wuppertal Suspension Railway seems an unlikely candidate for an Ideas set, however, the story of this project’s success does illustrate just how easily niche and localised projects can reach the review phase with the right level of external marketing – and just how many projects are still continually making the cut, following last year’s record-breaking number in a single review.

That achievement doesn’t quite look to be on the cards again at the current rate, but you never know what could happen in the next few months. So far, a total of 18 different projects have passed the 10K mark in time for the first 2022 review: